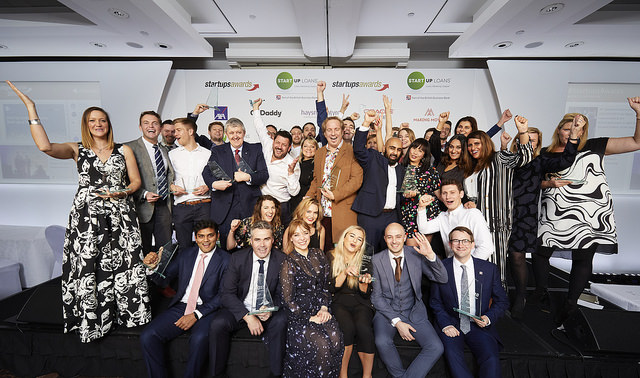 Launched in 2013 by sisters Catherine Dodd and Rosie Phelps-Goggin, a former RAF intelligence officer, Doddl cutlery has been named as ‘Family Business of the Year 2018’ and ‘Start Up Loans Company Inspiring Entrepreneur of the Year 2018’.

The Startups Awards 2018 winners were announced at a glittering event at the Royal Garden Hotel on Wednesday 21 November.  Now in its 15th year, the Startups Awards is the UK’s leading – and longest-running – annual awards programme, recognising the most creative, innovative and ambitious privately-owned businesses that have been launched in the last four years.

“We launched Doddl cutlery in March 2016 and we have seen steady and consistent growth over the last two years, culminating in winning three business awards and a highly respected industry award this year alone. It is fantastic to receive awards as recognition for all our hard work, but most of all we take great satisfaction receiving heart-warming messages and reviews from our happy customers.”

The two awards were accepted by Martin Wing, Chief Operating Officer and Chairman of XFE, on behalf of Doddl as the team were attending a trade fair.  Martin commented on the award win:

“The Startup Awards recognise the very best of UK enterprise; these judges know what makes a successful business. Against tough competition, the Doddl directors are absolutely deserving of both these titles which, including their 2018 Soldiering On Awards Start Up of the Year Award, takes them to three triumphs this year. Determined and focused, RAF veteran Rosie has continued to impress and inspire us all in the XFE community, and we look forward to supporting Doddl’s continued growth, and likely further award wins, in 2019.” 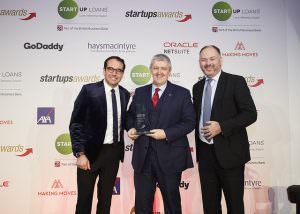 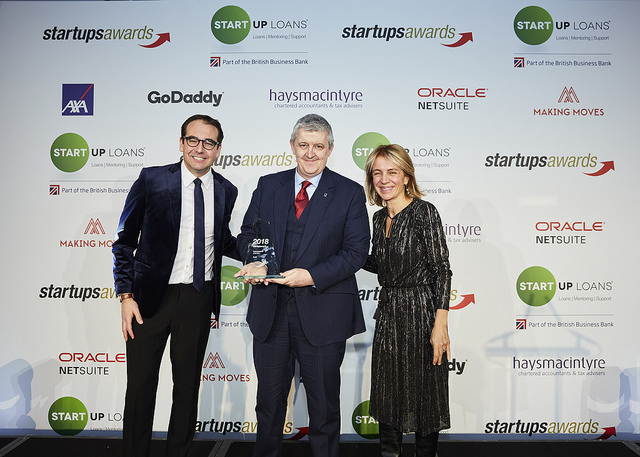 With a significant proportion of school-aged children unable to use a knife and fork properly, Catherine Dodd came up with the idea of completely redesigning children’s cutlery to make it easier to use.

After 40 prototypes and 18 months of research in conjunction with child development specialists, the sisters created the innovative Doddl knife, fork and spoon – perfectly shaped for a child’s hand to promote the development of the pincer grip.

The founders managed to secure a £20,000 loan from The Start Up Loans Company to go towards the initial product tooling and went on to rack up some vital pre-order sales through a Kickstarter campaign.

The product is helping children around the world the world improve control and coordination, whilst developing skills and confidence that make mealtimes more enjoyable for the whole family.
Doddl is now available through its website, Amazon, Boots and Kidly. It is an Amazon bestseller and holds a five-star rating. It’s also been endorsed by child healthcare experts including NHS occupational therapists, nutritionists and child development specialists.

This family-focused business is still only four strong and outsources everything from social media and PR, to graphic design, accounting and manufacturing.  It now has a ‘comprehensive product development programme’ in conjunction with the University of Gloucestershire and plans to introduce three new product lines in 2019 and more planned for 2020.