The launch, which was hosted by NatWest at their offices in London, brought together representatives from the four Widows Associations (War Widows, Royal Navy and Royal Marines Widows, Army Widows, and Royal Airforce Widows Associations) who were engaged by X-Forces Enterprise to ensure the success of this exciting project, as well as X-Forces Enterprise supporters from the MoD, Government, Charities and Corporates.

X-Forces Enterprise (XFE), an award-winning business support initiative, is the leading organisation for enterprise in the Armed Forces community. In the past four years, they have supported over 1,100 community members in starting and scaling up their own businesses, and thousands more through training, events, funding and mentoring.

In October 2017, X-Forces Enterprise put forward a proposal to the FPSCF to support service widows, widowers and their dependants in developing their enterprise skills for employment, building confidence and building a network. XFE understands that it is important for widows and their family members to rebuild their lives when they are ready; giving them confidence, a renewed sense of purpose and building financial independence. 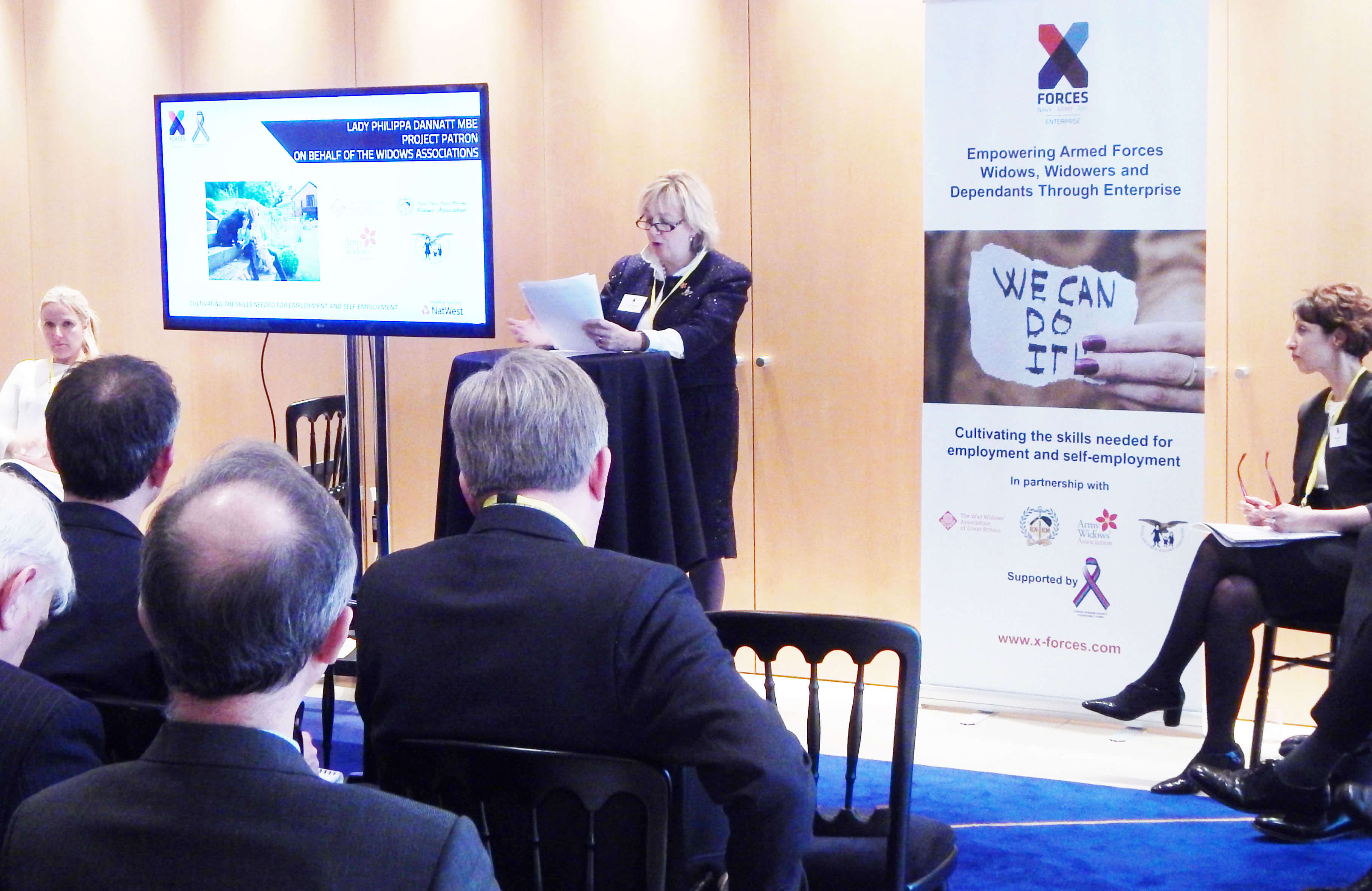 They will now support them through the bespoke course which will not only cultivate the enterprise skills needed for employment and self-employment, but will also, more crucially, help the widows and widowers communities and their dependants to build confidence in their abilities. It will also provide a support network for them to lean on.

Present for the launch were Ren Kapur MBE, XFE CEO and Founder, together with the XFE team and representatives from the MoD, other charities and Corporates including NatWest, Rolls Royce, Cisco, Landmarc and Sage. In her welcome speech, Ren Kapur said,

This is a cause that is very close to my heart, so we are really pleased to be working with the Forces Pension Society Charitable Fund to bring this initiative to life. We have seen the impact that enterprise can have for the military community, and we will now provide Armed Forces widows, widowers and their family members with that same empowerment and handrail support into the business world.

The Lady Philippa Dannatt, MBE, Patron of the Army Widows Association was also present, and addressed the guests as a speaker.  In her speech, she recognised the risks taken by service personnel and the impact of the sudden death of a serviceman or woman on their families. She said that this course will support an important community and unleash a great reservoir of talent into the business world. She afterwards added,

What a truly extraordinary and exhilarating afternoon.  I felt so immensely proud to be there in my capacity of Patron, and thank you so much for pulling off such a remarkable achievement. 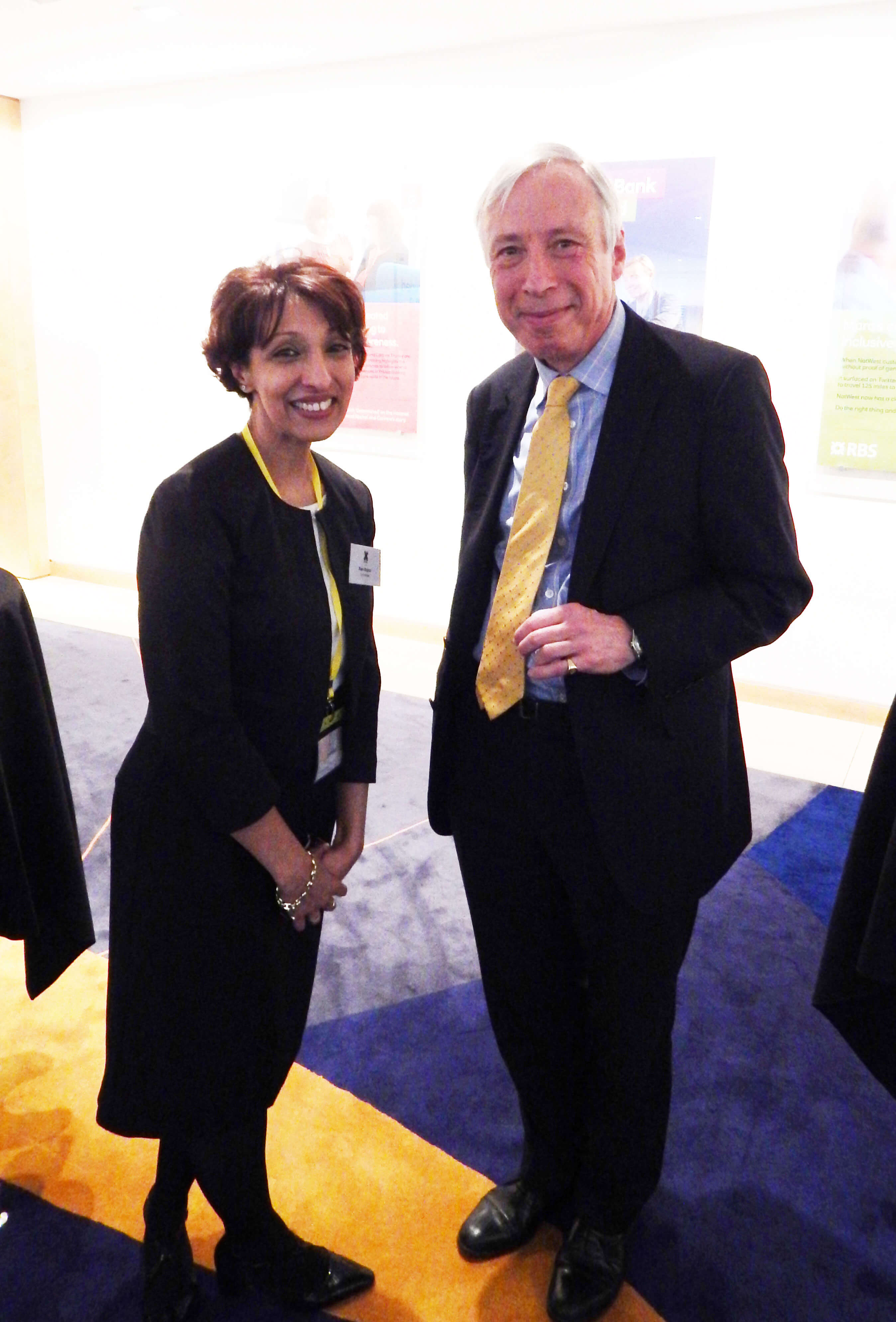 Col. (Ret.) Robert Ward MBE, Chairman Designate of the Forces Pension Society Charitable Fund, explained how FPSCF can assist and support Widows and their dependents. Remarking on the initiative, he said that,

The Forces Pension Society Charitable Fund is delighted to work closely with X-Forces Enterprise to support this project, which is designed to help Service Widows and Dependants gain business and workplace skills. We believe this initiative will help a number of individuals enter or return to employment and we look forward to seeing the benefits this will bring.

In his keynote speech, The Rt. Hon the Earl Howe PC, Minister of State Defence acknowledged the work undertaken by XFE and the FPSCF to put together the Empowering Widows and Dependants Through Enterprise initiative, and continued that this was a practical and effective demonstration of the Armed Forces Covenant in action and the support provided to the Armed Forces community. He continued that that this is a great collaboration between government, charities, businesses and the beneficiaries and that the programme involved enduring cooperation between all the parties.

The first cohort starts in early May 2018.  This course will empower attendees to take their first steps, gain insights into enterprise and acquire the tools and skills needed to start a business or be deployed within an employed role, alongside other likeminded widows or dependants of widows from the Armed Forces community.  To find out more about this programme or to register interest please email events@x-forces.com or call 0207 811 3236.