Last month X-Forces began our 3rd Anniversary celebrations with a small gathering of some of our closest supporters since our launch in 2013.

We would like to thank the MOD for allowing us to host the event in Henry VIII’s Wine Cellar, with contributions from Soldiering On.

The evening brought together some of our closest supporters from the last 3 years including Lord Young and Lord Addington, have offered invaluable support to our organisation. 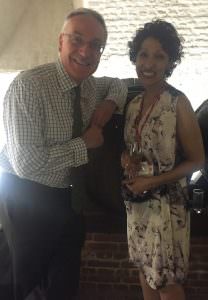 We were delighted to also be joined by representatives of the many Military Charities, Corporate organisations and government departments that support our work to help the Armed Forces Community access Enterprise and Start-Up support across the UK, Northern Ireland and Germany.

X-Forces’ will be formally celebrating the last three years at HMS President in September.