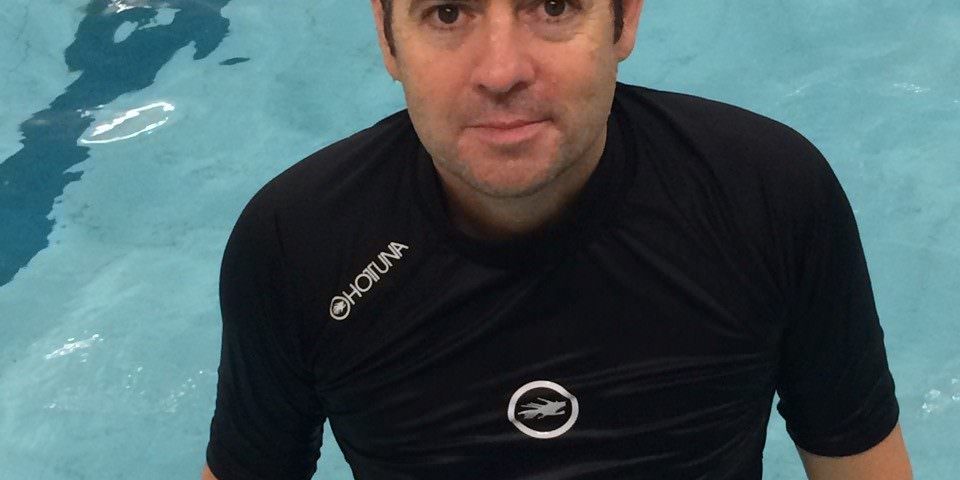 British Army veteran Carl Marsh is the 100th X-Forces and Help for Heroes wounded, injured or sick entrepreneur with not only one but two enterprises – inthewordsof.com and Swim Heroes.

Carl left the British Army in 2010 after 12 years of service and one tour in Northern Ireland before he suffered a spinal injury and seven other health related issues which lead to him being medically discharged. During his time in the Army he spent two years deployment with HQ 1 Signal Brigade, a NATO branch in Germany. From his time there, Carl has fond memories of meeting soldiers from across the world.

It was very interesting to be with American, Canadian, French, and German soldiers all at once.

He also took advantage of the training on offer, completing scuba diving, skiing, sailing and swimming courses during his spare time.

I am very thankful for the Army and what I was able to do there.

When Carl left the Army in 2010, he worked in financial accounts in the NHS. However, due to his medical conditions sustained during his time in the military, he realised that this career would not work for him long term. The NHS did not provide the supportive framework he was afforded while in the army, so to develop and learn new skills he realised that he would need to look for an alternative career.

The only option I had in the NHS was to work reduced hours. This proved to be a barrier for any future development and I felt demoralised. Ultimately I knew things needed to change. Developing my own ideas and interests has been really rewarding – being self-employed is the best thing I’ve ever done.

In 2012 Carl set up “inthewordsof.com” a celebrity interview website. He set this up initially because of his love for books and the connections he had already made with authors. Despite having mild dyslexia, Carl finds that reading provides an escape. The blog often asked the authors to share their favourite books to encourage fans to read more.

I enjoyed doing the interviews and was determined to make a success of the blog. I guess it was the military ethos where I got my drive from!

Initially “inthewordsof.com” focused on interviewing authors but has now expanded into a platform where a variety of celebrities talk about their lives, their work and other general chatter. People are happy to talk to Carl from the world of art, writers, directors, musicians and many more more. As Carl has built his brand, he has interviewed more high profile celebrities such as Amanda Mealing (Strike Back, Casualty), Sunetra Sarker (Casualty), Andy McNab (veteran and author: Crisis Four,  Bravo Two Zero), Luke Goss (from the band Bros), Nicholas Pinnock (Fortitude), Robert Davi (The Goonies, Die Hard), Heida Reed (Poldark), John Boyne (author: The Boy in the Striped Pyjamas), S J Watson (author: Before I Go To Sleep) and Jessie Burton (author: The Miniaturist). Carl’s most recent interview was with actor and film producer, Terry Stone who featured in Rise of the Footsoldier in 2007 and many movies since. 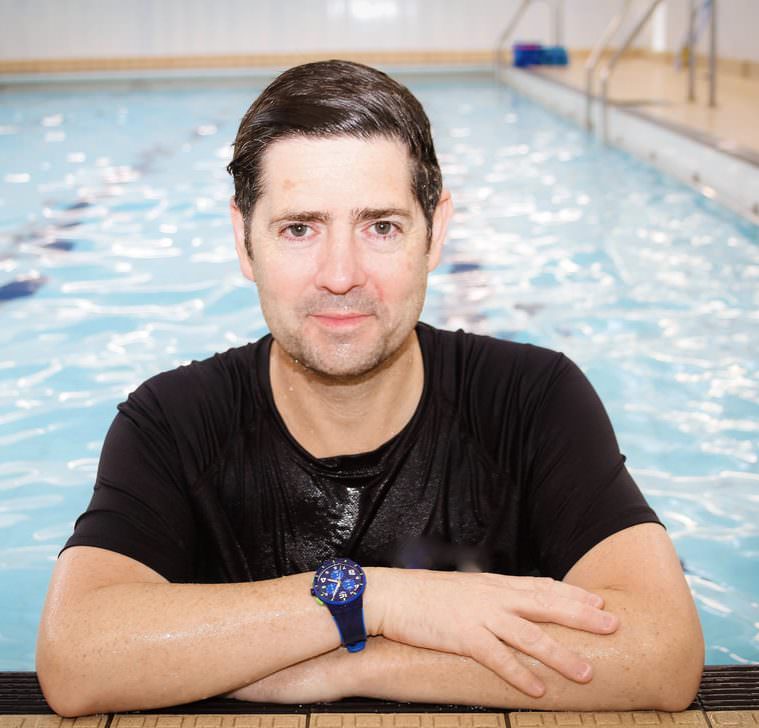 Very recently in fact, Carl has interviewed David Morrissey and Mackenzie Crook with these being published in January 2018, and he also is attending a press-only event with Sky about getting involved with some of their shows that are due to air next year and beyond.

Ultimately I want this to be my full-time career and to secure sponsorship for the website. I’m slowly building my network and gaining more followers so I now get to interview some really interesting people. My dream interviews would be with Quentin Tarantino, who needs introduction, or J.K. Rowling, as she started from home just like I am.

Recently, Carl attended a Help for Heroes and X-Forces six-day self-employment course which made him the 100th wounded, injured or sick entrepreneur to complete the course. He learned a great deal and gained the support he needed to expand and develop his blog as well as kick starting his brand new endeavour, Swim Heroes.

X-Forces and Help for Heroes have given the motivation and crucially information on “how to” take my ideas to the next level. It provides an excellent support network as well belief in yourself that you really can achieve your goals. My wife also commented that she has never seen me so motivated!

At Help for Heroes they understand what a discharged soldier has been through, with medical conditions that are not always visible. There are no questions about who you are, what you’ve been through or “what`s wrong with you?”. Everyone I treated the same and there is no stigma. It’s the same at X-Forces who are there to help the whole Armed Forces family.

Carl is also launching his other venture, “Swim Heroes” in January 2018 and is a product of Carl’s swim instruction training from the Army. He’s always had a passion for swimming and teaching others, and also found that swimming is a really good way to help with his spinal injury recovery. Currently, Carl works for other swim schools and teaching local schools, but has recently secured pool sessions at a local pool close to where he lives in South Wales.  The plan is to teach all ages and all levels, group and individual lessons, as well as teaching with children with learning disabilities.

He is working alongside X-Forces to develop his ideas and is receiving mentorship from X Forces experts. Following the initial Business Experience programme, he attended X-Forces Masterclass with CEO and Founder Ren Kapur MBE and COO and Chairman Martin Wing, where he discussed a more specific one year plan for his blog.

It has been a delight working with Carl on his business ideas. He is open and receptive to comments and ideas, yet he brings the determination and desire to make things work. He is already making a great success of his passion for teaching people to swim. I have every confidence he will do the same as a celebrity blogger. said Martin Wing, X-Forces COO.

Carl lives in South Wales with his wife, daughter, four cats and bull dog puppy, so he certainly has a lot on his plate already. He is certain moving to self-employment is one of the best things he’s ever done, and although he works around childcare and school hours, he finds being an entrepreneur incredibly rewarding.

In terms of self-employment advice, I’d say just do it. It’s hard and you’ve got to battle with some demons but it’s the best thing I’ve ever done. With organisations like Help for Heroes and X-Forces, there is so much support and advice there for you. They won`t hand it to you on a plate, they expect you to do the leg work to make it a reality, but they are there every step of the way. All I can say is a big thank you to Help for Heroes and X Forces for the opportunity; it’s amazing to see your hobby finally turning into your own business.

If you’re considering self-employment like David, we run a series of free Self Discovery Workshops Find out more via http://bit.ly/xfevents