From the Falkland Islands to the Isle of Wight!

After graduating from University in 2015, Royal Marines Spouse Jo just couldn’t picture herself in a conventional job working for someone else.

I had the ambition to set something up and be my own boss.

Jo, 25, and husband Jonathan, 28, who was in the Marines at the time had a strong interest in and passion for coffee and knew that there was a gap in the market in Newcastle for a speciality coffee shop so they started planning.

Jonathan had a stable income and it seemed like now or never to get things off the ground so we set up our business – Regular Jo’s!

Almost three years later the business is going stronger than ever but it hasn’t been without its challenges.

We’ve battled many challenges in the last three years! Hooking up a huge trailer and moving a coffee shop around on wheels is not as simple as it might seem. We then also had to commit to 4.30am starts every weekend which was a challenge in itself when there’s just the two of you running the show, especially in the winter months! 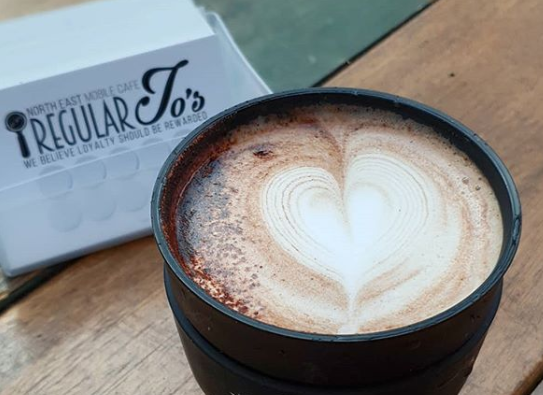 Alongside general Start-Up issues, Jo also had to face life as a Military Spouse.

The hardest time was when he was away on ship and he missed literally every holiday/birthday/anniversary in one stint, but even through the harder times when I didn’t see him,  I had a great family-life and friendship-group at home to support me.

However, none of these challenges have stopped Jo and Jonathan and they now want to pass on their advice to others thinking of doing the same.

Go for it! It’s a brilliant sense of achievement when you work for yourself and things are going well. Just be prepared to face the ups and downs, and try not to get too disheartened when things don’t initially go to plan. The help and support is out there when you are struggling, so don’t be afraid to ask for a little guidance and it will all work out. 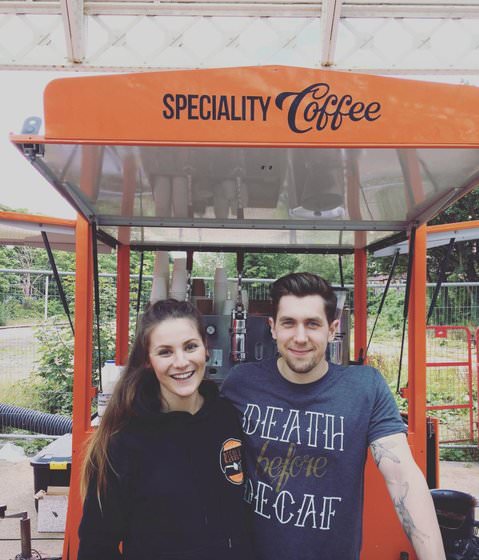 This help and support was key for Jo and Jonathan and X-Forces were able to provide support with access to finance as well as mentoring.

X-Forces have helped significantly with our funding application and have also offered mentoring which has been useful. They were there whenever you needed them, always punctual with responding to emails and phone calls and they also rang us often to see how we were doing which was nice. It’s a comfort knowing if anything crops up later down the line someone will always be there if we need them.