From House Husband to Business Owner

Ex-Army Transitions to a Metalsmith Engineer

Paul Bateson aged 40 originally from Darwen, Lancashire now based in Farnborough, Surrey and is married with three children. Paul served in the Army and was deployed on six different missions during his time and he now runs a successful metalsmith general engineering company in Surrey.

Paul joined the Army in 1995 at Blackburn Lancashire’s Armed forces careers office and during his time in service he was deployed to Northern Ireland; Iraq; Kenya; and Cyprus. 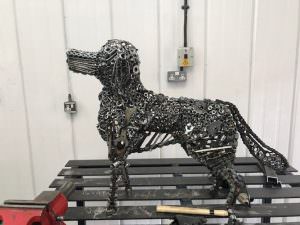 Paul had the choice to take VEng (short or long term career) and stay in service another two years but Paul was in search of a new career path.

In Paul’s words “I was getting to the point in my career where I wanted to make a change and do something for myself. That was different to the life I had in the Army”

Starting up his own business was always an idea for Paul, but he wasn’t certain of how he would make this decision to transition from his military lifestyle to civilian living and running his own business. X-Forces Enterprise (XFE) was recommended to Paul through the Career Transition Partnership (CTP) team. 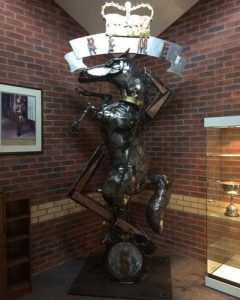 “I had always wondered what if and could I, and at that point I had submitted my termination on JPA. I had a job lined up ready for me to start, but I wanted to do something more exhilarating, so I enquired about a small Start Up Loan and the CTP team put me in touch with XFE once I had submitted a rough business plan.

XFE not only assisted financially but has provided Paul with ample support, as Paul says “the advice I have received is amazing, I have a mentor called Dax and every month he emails me to ask how everything is going. When it’s not going according to plan he sends in the big guns Roger Cawte to have a chat (an experienced business manager). I think if I didn’t have this amount of support, I really don’t know where my business would be right now”. 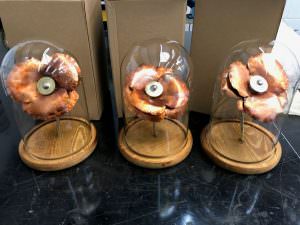 During his business journey Paul has endured a few hiccups as many entrepreneurs do when starting up. Some of these involved late paying customers and managing his cashflow. These challenges have made him the fine businessman he is today.

“As a managing director of a small company I am also HR, Accounts, foreman and shop floor. I have had challenges since starting and you could look at them in a negative way and let them get you down or you can take each one as a lesson and learn from it, to make you better”.

Paul has provided some valuable advice for anyone looking to start a business from scratch in Paul’s words “I was given some wise words from an MBA student that was passed onto him. Remember your intention; manage your expectations and don’t deviate from your business plan. We have a saying in my trade, measure twice cut once, this can be translated into business, think twice before committing to anything.

Don’t under sell yourself.

Marketing and cashflow are priorities, you can have the best location and spend a ton of money building the world’s best website, but if no one knows where it is, it’s a waste. Forecast your first few months of trading, then add 20% cashflow, this will help-out when the little things you missed start to crop up.

No one person who works for you will be as passionate about your business as you are!

Get a good accountant”

If you’re considering self-employment like Paul, find out how X-Forces Enterprise can support you: http://bit.ly/2JT9yIN

Is an award-winning Community Interest Company that nurtures entrepreneurial ambition in the UK military community and are the official delivery partner to the governments Start Up loans scheme and the Careers Transition Partnership (MOD). XFE have supported over 1,300 entrepreneurs to start their own businesses and has helped thousands more through training, events and mentoring provisions. X-Forces.com

If you would like to use Paul’s business in your publication, please contact Tenneka Richards, Marketing & Communications officer, X-Forces Enterprise on tenneka@x-forces.com or +44 (0)207 811 3237.