The report indicates the valuable role smaller businesses play at the heart of communities; with over 80% of small businesses volunteering or contributing to their local community, with evidence showing that small firms create strong civic engagement networks. 95% of small businesses have taken on a least one worker from a labour market disadvantaged group.

“Giving back is a consistent theme we encounter in ex-military entrepreneurs.  Stepping up, volunteering and helping one another is part of the DNA of the Forces community. It is so heartening to see that this is a shared value in the FSB community of small business owners.

“You would have to live on the moon not to be aware of the focus on equality, diversity and inclusion (E,D&I) today. However, it’s great when we can highlight evidence of how, when successfully implemented, there are clear benefits for people, businesses and society as a whole.” 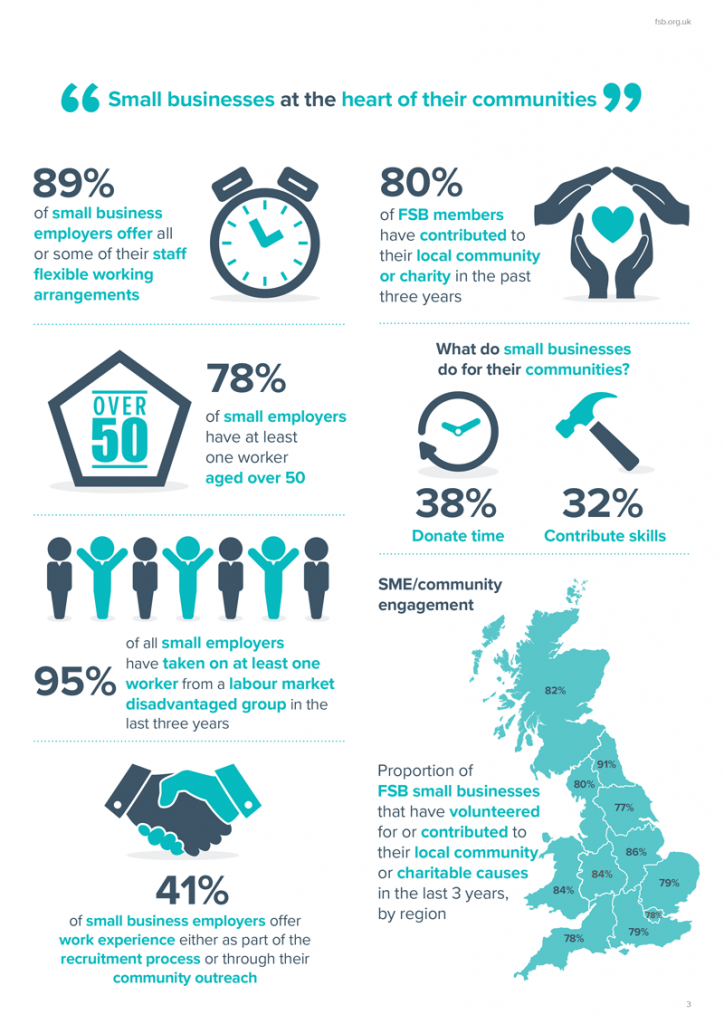 6% of smaller businesses are owned by Armed Forces leavers – as opposed to around 15% of the general public overall. This is a gap that XFE aims to close, explains Ren Kapur MBE:

“XFE is the largest organisation in the UK supporting the military into business. The evidence of the 1363 XFE business start-ups, £13.3 million lent with a repayment success rate of over 93% is proof positive if any were needed, that the skills and attributes of ex-military are a key ingredient in business success.

“Our own research on Self-Employment and the Armed Forces Community, conducted by The Institute for Employment Research at the University of Warwick, supported by QinetiQ and funded by Forces in Mind Trust, demonstrated that former members of the Armed Forces can be well-placed to success in self-employment for a number of reasons. These include the skills and competencies gained during their military service, such as professionalism, reliability, camaraderie, trust and discipline and a commitment and determination to complete work to the best of their abilities; including Armed Forces leavers.

“The recent FSB report highlights the missing ingredient that, for many leaving the Armed Forces, is simply the help to understand and gain confidence in how their capabilities transfer into the world of business. This is where the XFE holistic model including mentoring and support comes in to play; helping service leavers, spouses, veterans, widows, families and reservists step into business as part of an ongoing system of support they can tap into, as and when necessary.”