Sir Michael Fallon, Secretary of State for Defence and Lord Young support the celebrations as X-Forces Help Over 1000 Military Entrepreneurs

X-Forces was in a celebratory mood on Tuesday 10th October at our 4th Anniversary, with the support of the Secretary of State for Defence, Sir Michael Fallon and our Patron Lord Young. We brought together guests and military entrepreneurs from across the country at HQS Wellington.

Ren Kapur MBE, founder and CEO of X-Forces said, “It was fantastic to receive support from the Secretary of State on our 4th Anniversary. Tonight focused on the many ways our entrepreneurs are supported by X-Forces and our Charity Partners. Collaboration across the Armed Forces community makes a real difference to thousands of veterans, spouses, reservists and their families. Collaboration with our stakeholders; government, charities and corporates underpins success for our beneficiaries. Sir Michael was there at the beginning and has been a long-standing supporter of X-Forces, through his close ties to both the Armed Forces and the Enterprise agenda.” 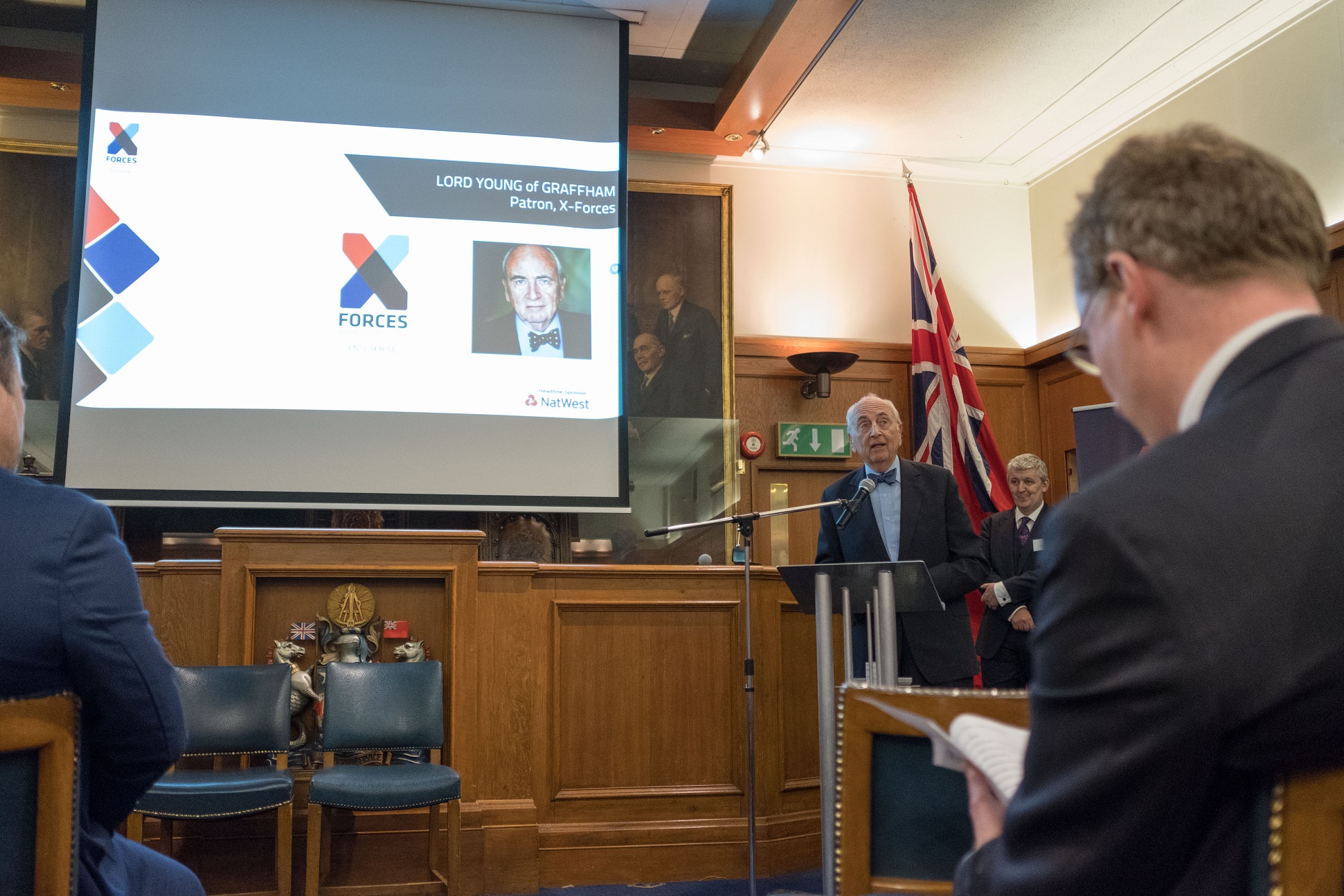 We were also joined by several of our beneficiaries, who spoke about their experiences of overcoming individual challenges to become successful business owners; from Post-Traumatic Stress Disorder, to the constant relocations that are part and parcel of military life.

John Geden, owner of Sinah Common Honey spoke about his entrepreneurial journey with X-Forces and Help for Heroes, “After attending the Help for Heroes and X-Forces six-day workshop to develop my brand and learn more about small business development, I’ve been able to turn my fascination for bees into a business that really makes me happy.”

Ren added, “It is incredibly special to bring together the beneficiaries that are on their individual journeys, with the organisations that have supported them alongside X-Forces. This evening we were truly moved by each and every one of our speakers, who encapsulated so beautifully what X-Forces stands for; innovation, collaboration and family.”

This is especially important, as it was announced last night that through our joint Business Experience programme, X-Forces and Help for Heroes have now supported 100 wounded, injured or sick veterans. Carl Marsh, an Army veteran who is embarking on two enterprises, as a swimming instructor and a celebrity biography blogger was the 100th delegate on the programme and will be working alongside Help for Heroes and X-Forces to highlight the importance of enterprise skills for the cohort.

This follows our announcement earlier this year that through the Start Up Loans Company, we have supported over 1000 businesses to launch with the support of seed-capital, a fund that was only made accessible through Ren’s influence on lending policy in 2013.

The second announcement made on the night by Lt Gen Richard Nugee, Chief of Defence People, was that our ‘Big Business supporting Small Business’ campaign has successfully made the case to the Armed Forces Covenant team, that including supporting military-owned businesses within their own signatory guidelines was an excellent idea. It is now recommended that any organisation pledging to officially support the Armed Forces community, can do this by buying from military community owned businesses and give them a voice in the procurement process. A big step forward!

Martin Wing, our COO and Chairman summarised, “A great evening highlighting wonderful success stories from Neel, Gareth, Howard, Olivia and John – all possible only through the collaboration of many people and many organisations, the catalyst of which is X-Forces.” 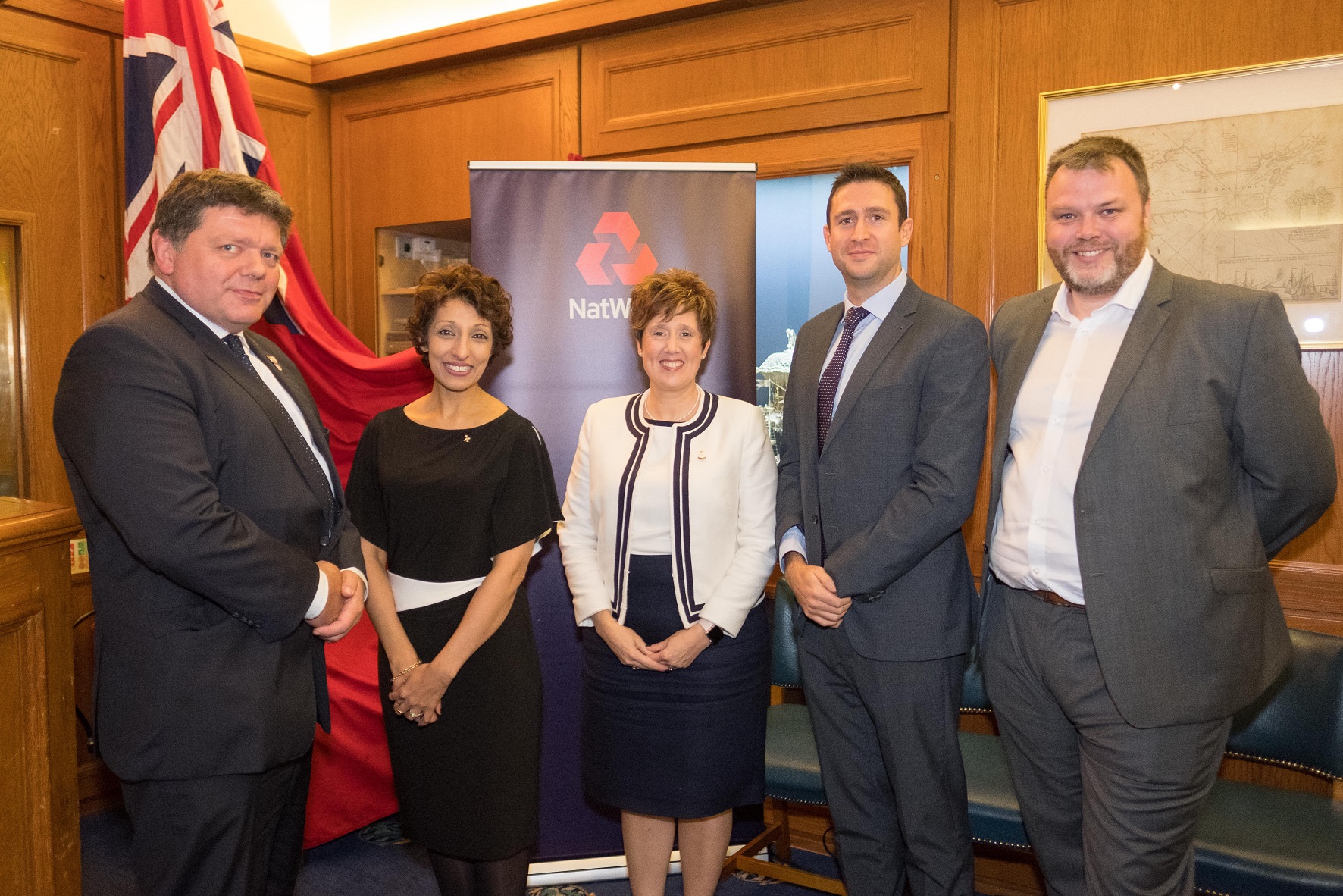 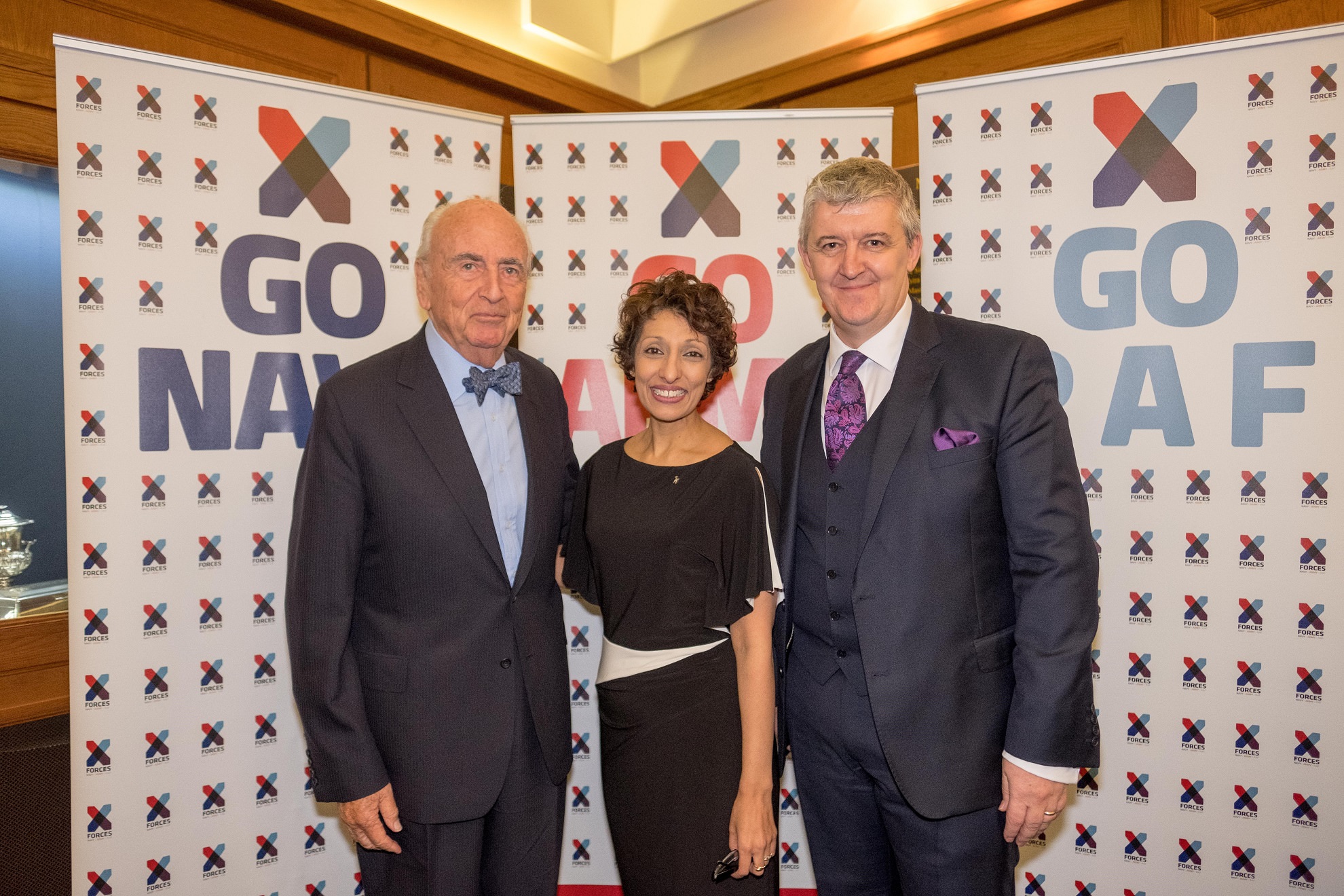