No Barriers for Ex-Navy Precision Engineer

Icarus Originals:  Designed with heroes to be worn by legends.

Alan Lock, from Shrewsbury, lost his eyesight while serving in the Royal Navy.  As a civilian, Alan was looking for a way to leverage his engineering background when his wife inadvertently prompted a eureka moment, and his business, Icarus Originals, was born.

Alan described how the idea developed:

“When my wife lamented on how challenging it was to buy gifts for men, I realised that I could bring something a little different to the market and, moreover, do it in a way that would particularly appeal to men both inside and outside the Armed Services.

My initial project was centred on using reclaimed material from the outgoing Tornado GR4 aircraft and, whilst I am ex-Navy, I could claim some tenuous links as my brother served on a Tornado squadron.  It transpired that one of my brother’s colleagues, John – an aerosystems engineer – was looking to do something very similar, and so in a show of inter-service détente and co-operation, we joined forces.”

With two military engineers behind the brand, it is no surprise that the unique Icarus Originals cufflinks and men’s gifts are precision-crafted renderings of iconic machines.  In what they call a celebration of British engineering, the duo promise the highest quality British craftsmanship blended with the very latest technical innovations.  They use precious and non-precious metals in their premium products but are principally focused on utilising reclaimed metals with particular provenance.  For example, their Tornado GR4 cufflink is melted down from the legendary combat aircraft.  Alan described the manufacturing process:

“It is a painstaking journey from research and design to manufacturing and hand finishing, all done within the UK. Our products are designed in close consultation with the manufacturers to ensure that every single detail is captured and framed using the latest technology; I believe that’s what makes each one a mini masterpiece based on their inherently unique working counterpart.” 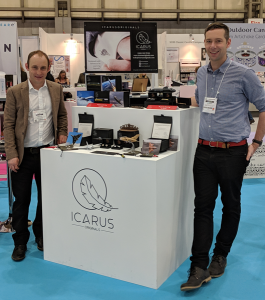 Icarus Originals is committed to supporting veterans’ charities and a percentage of their revenue goes to organisations that support ex-servicemen and women. Alan said:

“We are passionate about giving back to those who are directly associated with the designs we are celebrating through our products. That’s why for every product we sell, we pass a proportion of the profit to Blind Veterans UK and the Panavia Tornado Preservation Group, in an effort to thank them for the tremendous work they do to support the people and machines that we seek to commemorate through our products.

“Our mission is to make the world that little bit more special by making these unique and perfect pieces of design, with immense gratitude for the people who deserve them the most; those that have crewed in, crewed out, supported or even just waited around in a wet Welsh valley hoping to hear the noise of a jet.”

Starting up in business is a challenge for all ex-military, in understand the principles of commerce and business administration, not to mention the manufacturing process.  For Alan, having lost his eyesight, the challenges were greater.  He said:

“Although I have an engineering and design background, my limited vision was clearly going to make precision jewellery design somewhat difficult.  However, I am a firm believer in focusing on what you can do well and finding ways around those hurdles that may initially seem intractable.

“Fate obviously gave me a helping hand when John and I discovered we were looking to produce similar products and, as such, we were able to split responsibilities accordingly.  This meant both of us could allocate our limited time in the most effective manner and I could ensure my sight was no impediment in Icarus Originals coming to the market.” 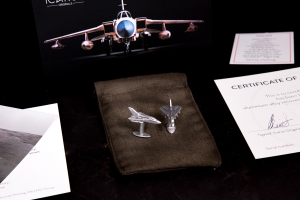 Alan, attended a Start Up Skills workshop run by X-Forces Enterprise (XFE) for the charity Blind Veterans UK.  Further to the workshop, Alan was supported by an appointed XFE Business Advisor to launch and continues to be mentored as he moves forward with their plans for Icarus Originals.

“X-Forces has been tremendously helpful in guiding me as I sought to set up this business, whether it was advice on trademarks or how to best structure the company, it was extremely reassuring to be able to speak to someone who genuinely cared about the success of your venture.  Moreover, having been at several X-Forces sessions, hearing the inspiring stories of other businesses under the organisation’s wings really helped push me to decide to give it go.

“John and I are keen to make Icarus Originals the premier business for turning reclaimed metals with particular provenance into unique and superbly crafted gifts.  As engineers, we want to celebrate legendary examples of design and engineering, and will soon be releasing other products in both silver and reclaimed materials.  These include a highly detailed F35 series of cufflinks, designs melted down from iconic British locomotives, and an array of products focused on the US market.

Alan started Icarus Originals in mid-2018 and launched to consumers very quickly.  We asked Alan what he has learned in this short period of fast development.  He pointed to two key learnings:

“Firstly, don’t feel you have to do everything yourself.  At the beginning, it can seem overwhelming as you struggle to get everything off the ground.  I certainly wasn’t an expert in every element, be it accounting, social media marketing or aspects of manufacturing.  Where possible, it makes sense to outsource those necessary processes that might not be your forte.  It will save you time and money in the long run if someone can help you with, say, bookkeeping or SEO, rather than you struggling to become vaguely competent and spending many hours doing so.  This frees your time and energy for what you do best – and that is likely to be the very thing that drove you to start the business in the first place.  It has definitely paid dividends to hand over certain tasks to people who can do a better and quicker job than I ever could.

“Secondly, and I know this is an awful cliché – but just go for it.  I procrastinated for several months over whether to leave a mundane and uninspiring role, albeit with a secure pay cheque, before deciding to swap this for the exciting but uncertain world of entrepreneurship.  I can honestly say I haven’t regretted it for a moment, and whatever transpires over the next couple of years I already feel I have learned a tremendous amount.  Being truly fired up to come into work each day and having total autonomy over the direction of your venture is a terrific feeling and ensures Monday mornings are something to actually look forward to!” 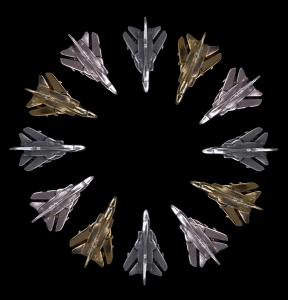 “In our skills workshops, we urge our ex-military entrepreneurs to carefully consider their business proposition and define their brand positioning and USP.  With a remarkable can-do attitude, Alan embraced these principles to identify an under-served market and build a solid, highly targeted plan to claim a share among established competition.  To borrow a military term, Alan has demonstrated great pragmatism in being able to ‘adapt and overcome’; his limited sight bears no limits on his potential to make his business a great success and we are extremely proud to support him on this journey. Working with Blind Veterans UK and their beneficiaries is a pleasure.””