Soldiering On Awards 2018 – A Night of Recognition and Celebrations

London, April 2018. An ambassadorial partnership, formed between X-Forces Enterprise and the veteran-owned recruitment firm RecruitME, was launched on Thursday 26th April 2018 at the International Bomber Command Centre in Lincoln. The launch event saw representatives from the Armed Forces community come together with big business and small business owners and celebrate the benefits of ex-military personnel within the civilian workplace.

During the launch, founders of RecruitME Howard Rudder and Chris Buck, described their journey from the Armed Forces to starting their recruitment business in 2015 and their plans as ambassadors for X-Forces Enterprise. 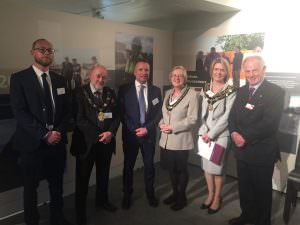 Based at Lindpet House in Grantham, RecruitME is an independent recruitment agency.  Established by two friends with their first careers being in the British Army and Royal Navy, the entrepreneurs were supported X-Forces Enterprise who facilitated a Government Start Up Loan. 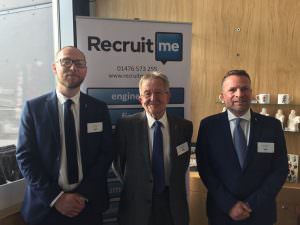 X-Forces Enterprise is an award-winning social initiative that supports the military community including: Service leavers, veterans, military spouses & partners, reservists, cadets and children of forces by acting as a handrail to establish start-ups and for scale-ups. Their support covers the planning, funding, launch and post-launch of a business.

Martin Wing, Executive Chairman of X-Forces Enterprise, said “RecruitME is a business that has seen incredible growth thanks to its founders’ combined focus and tenacity, well-known traits of Service personnel.  The work they have done to champion veteran employment in their region is outstanding and will have a positive impact on the veteran community here. We have invited Howard and Chris to become X-Forces Ambassadors in order to share their experiences and inspire the new entrepreneurs that are emerging from the Armed Forces, and I am delighted to welcome them into the team.”

The Member of Parliament for Newark was unable to be present at the event, but Robert Jenrick MP sent a message of support: “Serving in the Armed Forces has always given people a unique set of skills, a sense of commitment and leadership qualities to succeed in their lives outside of uniform. We want to see more veterans become entrepreneurs and use their skills and experiences to create exciting new British businesses. Those countries that have successfully recognised the potential of ex-servicemen and women and encouraged them to flourish have been amongst the most vibrant start-up nations in the world. This is exactly the kind of culture we want to create in the UK.“

Howard Rudder started his career as a Royal Navy Officer serving for nine years in Seagoing, Operational and Humanitarian roles around the World. On leaving active service, he served at the Commander-in-Chief’s office and then at the Ministry of Defence, London. Howard worked in senior HR roles at WPP, British American Tobacco, Emap, Compass Group, Chevron Texaco, Nike and Coca Cola before joining with Chris to start RecruitME.

Chris Buck’s first career was in the Royal Logistic Corps as a Non-Commissioned Officer, leading soldiers on operations around the world.  In the UK, Chris led teams in Army Recruitment, in which he was responsible for the design, creation and implementation of recruitment campaigns, as well as pre-selection of recruits. When Chris left the Army in 2011, it was natural to continue working in recruitment and he expanded his reach to operate in all sectors, working with local and national companies. He is an ardent supporter of veteran affairs and manages a networking group for veterans and service personnel leaving the Armed Forces.