PARTY AT THE PRESSHOUSE! - X-Forces Enterprise

ICAEW AND X-FORCES BUSINESS ADVICE SERIES: WHAT BUSINESS FORMAT SHOULD A START-UP ADOPT? 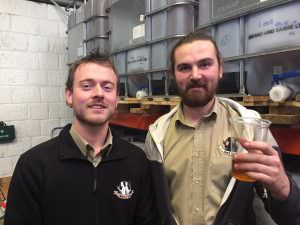 The Beard and Sabre Cider Company, the Cotswold’s revolutionary craft cidermakers, hosted a live community pressing on Saturday the 1st of October 12-6pm.

The aim of the event was to show residents of Gloucestershire how cider is made, in what was once a prime cidermaking county.

Food was prepared by local Bisley House Cafe Chef Judith Sales and provided by The Outside Inn Company, a local hog roast and events business. Sauces and Jellies made from Beard and Sabre cider were available to have with the roast.

Despite the weather over 150 people attended, travelling by foot, car and a free shuttle bus provided by the company – stopping at Stroud Train Station, The Royal Agricultural University and the Fleece at Cirencester.

John Dalton, a local singer songwriter played a mix of covers and his own songs to kick off the event, followed up by ‘Thee Ones’ from the Five Valleys (http://theeones.com/).

Landlords from Stroud’s Bisley House Cafe & The Coach and Horses attended along with local brewers from Corinium Ales, Force Brewery and the family run farm shop, The Jolly Nice Cafe.

The Beard and Sabre Cider Company trade to Gloucestershire, West Oxfordshire and Bristol Free Houses and run a stall at Swindon Market Retail Outlet Centre from 10-5pm every Sunday. Cider can be collected straight from the presshouse every Saturday 12-7pm.

More information can be requested by emailing Cider@BeardandSabre.co.uk / 0800 689 3406

Directors Thomas Dunn (ex-Royal Navy) and Angus Sales launched the business with support from X-Forces and The Start Up Loans Company.