From the Army to Camper Vans Business Owner - X-Forces Enterprise

A Day with Sir John Timpson

From the Army to Camper Vans Business Owner

Since leaving the Army in 2008, Leigh Hicks from Bexhill-on-Sea had various successful jobs, however as he put it “nothing quite scratched that itch” or satisfied his needs.

Instead, he decided to combine his passion for caravans and started up his business Combe Valley Campers.

From the very beginning, he knew that it would take more than just a good idea to start the business. He spoke to many people in the motor trade and found that there was a common theme running through all the conversations – “Have access to finance available”.

He started his business with £250 and a good first customer. To ensure that he initially had a guaranteed wage, he also took on a part-time job for the first eight months at another workshop, covering three days a week.

Setting up wasn’t easy. There was a time management challenge, among other challenges…

“I am a pretty laid back person most of the time and tend to sit on things until the last minute then run around like a headless chicken! Funnily enough I thrive off the rush and sometimes come up with my best and most creative work with a tight deadline.

He also needed help with administration,

“To help me out I have a good few trusted people I can rely on to help with administration. My uncle takes care of the finance and book keeping. My wife is a marketing consultant who looks after social media and advertising. This helps me balance my time between working on the caravans and also spending more time with my young family.”

In the end, it was worth it for Leigh. With the help of his uncle who is now the company officer (CO); his wife’s marketing acumen, and Craig Delves who has joined the team as a builder, designer, sparky and fabricator – Combe Valley Campers is well on its way! 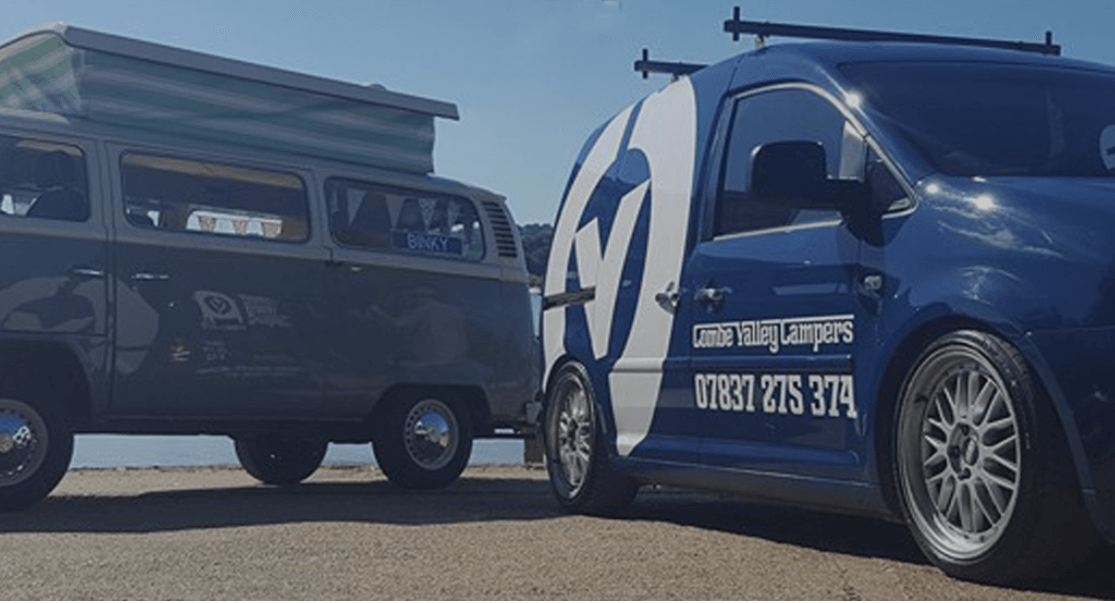 Combe Valley Campers is a workshop that specialises in the Restoration, preservation, customisation and repair of Campervans. As Leigh describes it, “Volkswagen Campers are our passion but we can convert any vehicle into a camper van and work on any motorhome or caravan.”

Leigh and his uncle attended the 1 day X-Forces Enterprise course in London: ‘Helping you be the best in Business’ which he found extremely beneficial. As Leigh said,

“It was aimed at those who were thinking about starting a business. As I had already started, it gave me a boost to learn that I am at least on the right track. It also gave me lots of things to consider which I had previously overlooked. In addition, my uncle and I were able to ‘give back’ to the other attendees by explaining some of the hurdles we had encountered and also reassuring others that it can be done!”

X-Forces Enterprise continued to support Leigh after the course,

“I receive a phone call or email once a month from the XFE team just to see how business is going and if they can help in any way. They have been extremely friendly and helpful from the start. They know the language of (ex) forces personnel and they speak to you rather than at you! It’s nice to know there is a friendly voice at the end of the line if you ever need it.”

Leigh is confident about the future, he and the team moved into bigger premises in September 2017 and business has been booming ever since. They are also in the process of importing and exporting desirable Camper vans from Europe which will be sold in the UK. Other plans include expanding into clothing and building camper van furniture, inspired by military ‘modular’ designs.

“I enjoy being the master of my own destiny. The success of the business completely depends on how hard I work. Working long hours is a bit of a drag, but the payoff is great.”

What advice would Leigh give to other people thinking about becoming an entrepreneur?

“Know your trade, your market and your customer base before you even start. I have been passionate about Volkswagens since I was 12 years old. This meant that for 20 years I have unknowingly carried out a lot of research – I know the carvans, the ‘scene’ and the types of people I will be dealing with very, very well. This gave me the confidence to jump in.”

If you’re considering self-employment like Leigh, there are free Self-Employment Discovery Workshops taking place! Stay in touch and find out more here: http://bit.ly/xfevents