From Seaman to Seafood - X-Forces Enterprise

From Seaman to Seafood 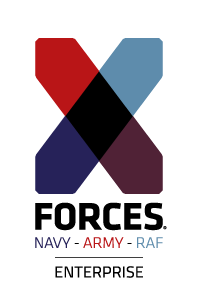 If you’re looking for some motivation, look no further than the story of Jamie Savage!

As a chef, he was made in the Royal Navy. As a businessman, XFE supported Jamie to get the delicious Savage’s Mussels off the ground. Most recently, he’s put both on the line in Gordon Ramsay’s latest hit TV show.

Gordon Ramsay’s Future Food Stars sees 12 food entrepreneurs fight for a life-changing investment of £150,000 of Gordon’s own money for their food business. Gordon puts the contenders through a series of challenges that test their personality and business acumen.

36-year-old Jamie, who runs a mussel bar called Savages Mussels in the Picturedrome in Macclesfield, was picked for the show as one of 12 of the UK’s best up-and-coming food and drink entrepreneurs. And while he may have missed out on the first prize of £150k investment, Jamie told CheshireLive that being on the show has been an enormous boost…and business is better than ever!

“The response has been amazing, I’ve had nothing but good feedback. Everyone has been positive and I’ve not had anything negative from people, which has been fantastic. The business has got busier, people have travelled from further afield as well just to come and see us. We’ve had people from Sheffield, Birmingham and Wales

“It’s mad. Before the programme, I had people emailing to come up from London to try my food but now people are coming here and letting us know. It’s great for business.”

What’s next for Jamie? Well, he’s not lacking in ambition – this Royal Navy trained chef aims to put his innovative mussel products onto the counters of major supermarkets.

After training as a chef in the Royal Navy, Jamie Savage (33) has launched his first pop-up restaurant in Macclesfield, specialising in mussels.

Jamie joined the Royal Navy in 2005 and served as a Chef onboard HMS Northumberland for the most part of his career which included four deployments.  The type-23 frigate was engaged in the intense anti-piracy operations in the Gulf of Aden, years during which Jamie enjoyed the challenge of cooking for the ship’s 180 crew members.

“I joined the Royal Navy as a Chef as I wanted to test my ability to cook in an environment I wasn’t used to and gain experience from some of my superior chefs”. 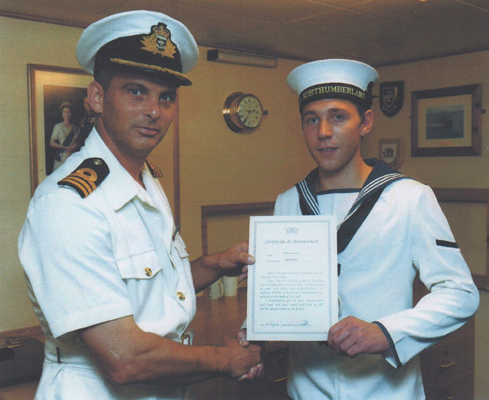 Jamie rose to the rate of Kilick Chef and began to consider new culinary challenges that may lie for him in hotels.  Redundancies were on the table and in 2011, Jamie took the opportunity to try a new path.

“I didn’t fancy furthering my career as a Petty Officer, being constrained to an office. I continued to grow my skills with a few Head Chef roles in the interim years but I’d had the idea of a pop-up restaurant in mind since the Navy.  I wanted to showcase my own work, getting the praise myself rather than my bosses.” 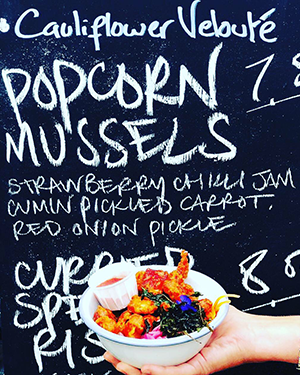 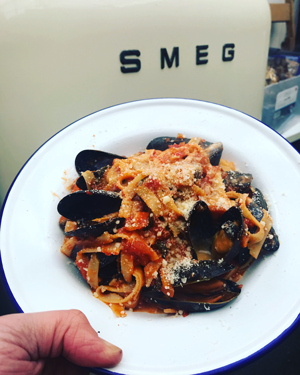 Setting up ‘Savages Mussels’ in early 2018 – his multi-faceted owner role being to combine designing menus, ordering, cooking, serving customers and financial management – hasn’t been without it’s challenges.  Jamie admits he is learning every day.

“Being a pop-up format, operating from markets and outdoor sites, my biggest challenge so far has been the provision of electric and gas. Power going during service, gas on the fryer running out, not noting customer’s location, forgetting to order change from the bank; these things can make the difference between a good and bad day.” 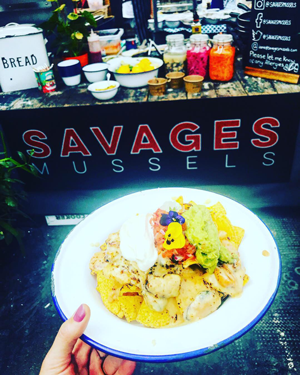 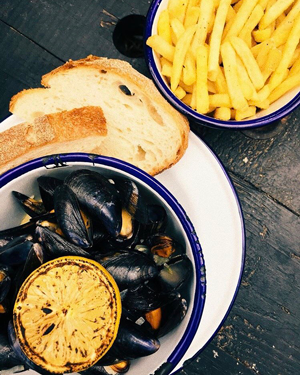 X-Forces Enterprise helped Jamie with financial planning and initial set-up funding for the business, via the Start Up Loans Company, enabling him to leave his job with a private jet dining operation.

“Although I was mostly set up for my pop-up events the opportunity arose to take on a permanent stall at Altrincham Market and Macclesfield’s Treacle Market.  It was a risk to leave my job and go for it.  This is where X-Forces has really helped me.  I can pay my stall fees and buy my produce without having to worry about cashflow.  Being part of the XFE network has also helped to raise awareness of the brand, and attain further pop-up event opportunities.” 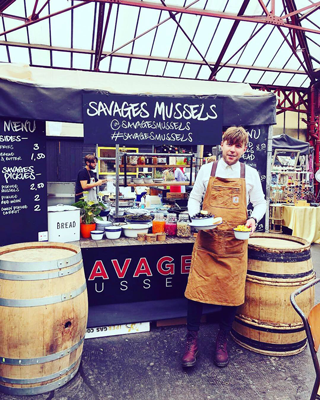 ‘Savages Mussels’ can be found at Altrincham Market every Saturday and Sunday, as well as pop-up locations around Macclesfield and Manchester. 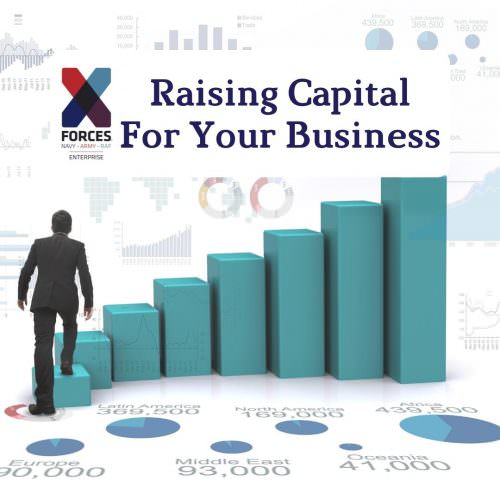 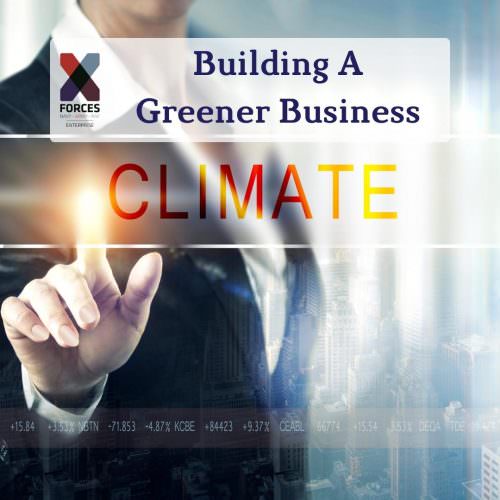 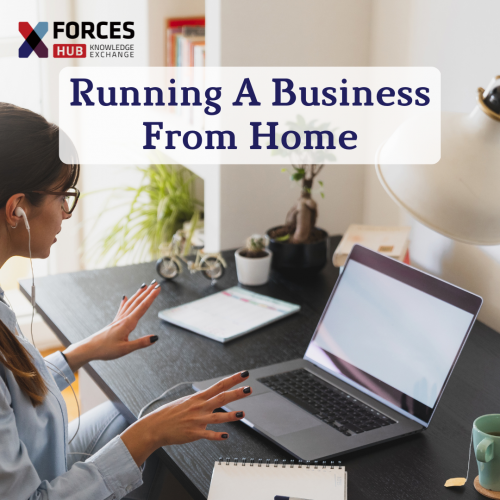