Ex-Army Paddy McNeill (56) found his business idea about a Royal Tour just beyond the wire inside which he used to serve, in his home town of Windsor.

Paddy served for nine years in the 2nd Battalion Coldstream Guards.  Among many tours abroad, including three years in Germany, Paddy was a Royal Guard at Buckingham Palace and Windsor Castle. 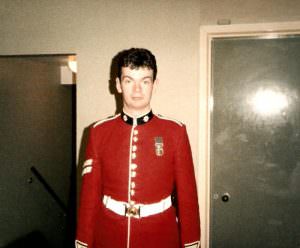 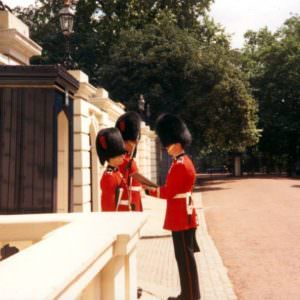 On leaving the Army, Paddy worked in audio-visual technology for some of the UK’s largest corporations but, in summer 2017, he decided that it was time to try something else in life and experience the wider society beyond the Armed Forces and corporate worlds.  It was important to him that his work should be entirely enjoyable and the independence of self-employment appealed.

Living in Windsor, it is impossible not to notice the 1.4 million tourists that visit each year.  By bringing together this audience with Paddy’s supreme knowledge of military history, royal protocol and ceremonial procedure, not to mention his experience of presenting, his royal tours business was a viable concept.

Royal Windsor Tours offers tours in and around the city of Windsor: ‘The Military History Walk’, ‘A Walk in Eton’ and special event tours for such days as royal walkabouts, state visits and royal weddings. His customers, tourists from around the world, accompany him on walking tours during which he imparts unique insight and experience.  Only six months since launch, the business already has a 5* review record on TripAdvisor.

Reflecting on his journey from planning through to launch, Paddy said

“You need guts to go it alone.  I’d recommend having a good business plan, and a back-up plan if all fails.  Support, guidance and friends are vital. Look for people without an agenda to help your business.” 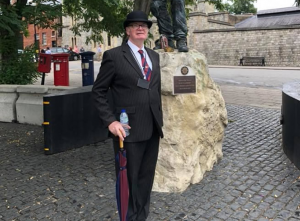 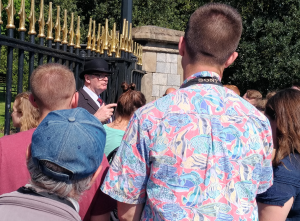 In starting Royal Windsor Tours, Paddy has faced fierce competition, and attempts to distract him from his aim.  He said

“Competition and cash flow have been the challenges so far. Having the right contacts is also a stumbling block when you’re working alone.”

X-Forces Enterprise has helped Paddy with training and guidance on business planning and administration.  Paddy said:

“X-Forces has been quick to respond, helpful with documents. I enjoy my time with my mentor and their encouragement and enthusiasm. The on-going support is really valuable on this journey.”

X-Forces Enterprise (XFE)
Is an award-winning Community Interest Company that nurtures entrepreneurial ambition in the UK military community and are the official delivery partner to the government’s Start Up Loans Company and Career Transition Partnership (MOD). XFE has supported over 1,250 entrepreneurs to start their own businesses and has helped thousands more through training, events and mentoring provisions. X-Forces.com