From Military Service to becoming a Guiding Light - X-Forces Enterprise

In September 1976, Richard Marsden joined the Scots Guards for adventure and to follow in the footsteps of many members of his family who had also served in the British Military. He did active service in Northern Ireland in 1980 and in the Falklands conflict in 1982 as well as peace-keeping in the Sinai Desert in 1986.

In contrast to Richard’s overseas postings, he also participated in many ceremonial duties in London. One of Richard’s fondest and proudest memories was of Prince Charles’ and Princess Diana’s wedding day where he was street-lining on The Mall outside Buckingham Palace. Richard also participated in two Trooping of the Colour ceremonies on the annual Queen’s birthday parade.

In 1988 Richard left the army after twelve years of service. He worked in sales directly after leaving until spinal and mental health issues made corporate work life unmanageable. He was officially diagnosed with Post Traumatic Stress Disorder in 2014 but Richard had felt the effects of mental illness before he left the army.

In 2000 Richard enrolled on a three-year course to become a registered Alexander Technique teacher. The Alexander Technique is “mindful guidance for the effective release of pain and stress” which develops the ability to avoid unnecessary muscle tension by retraining physical movements. This is the ultimate self-help technique in restoring both physical and mental health and is fully endorsed by The National Health Service.

The three-year full-time course was a challenge for Richard at all levels. “I was very pleased to complete it and have now been practicing for 15 years”. In this time, he has seen progressive improvements to his health. The residual tensions and stresses from the army and the pain caused by some of those experiences are gradually being alleviated.

Richard initially set up his business with his wife as a joint partner in Preston. However, after they separated, he decided to become a sole trader and to focus more on his business which he named ‘Strolling Lighthouse’. The name symbolises guidance and strength. He now does this therapeutic work two days a week and is slowly investing more time in it. 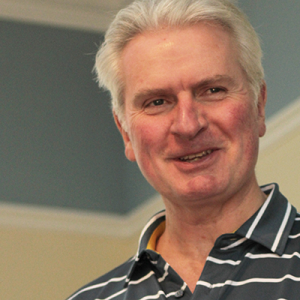 Richard attended an X-Forces and Help for Heroes six-day workshop during his time at Help for Heroes’ Phoenix House Recovery Centre where he gained the skills to expand his business further. He has since also attended the X-Forces Masterclass with X-Forces CEO Ren Kapur and COO Martin Wing.

“X-Forces has been amazing. Attending the six-day course was really testing for me. It really helped me with my confidence and self-belief and it made me realize that I had a lot more going for me than I previously thought.”

Richard’s biggest challenge is still his mental and physical health. He struggles using a computer due to being vulnerable to over-stimulation as part of his PTSD. However, his plan is to invest more time in work whilst preserving the balance with his personal life –now being re-married to Wendy, and with his two sons.

For Richard, his own struggles with mental and physical illness are proof that the Alexander Technique can help veterans dealing with these issues. He believes that his experiences as both a veteran and his time in corporate life allow him to relate to most clients.

“Veterans often think that civilians can’t relate to them and their experiences. I can and the Alexander Technique can provide a better way to function in life. This can be the perfect technique to help veterans as long as they are open to changing themselves. Service in The Forces can create residual physical tension and stress. Learning the Alexander Technique can alleviate this and provide a much better quality of life.”

Richard is based in Barrow-in-Furness but currently works two days a week out of two different locations in the Preston area. He is also looking to expand his practice in the Barrow area. His lessons provide gentle hands-on guidance and verbal explanations to help customers find ease and balance within themselves. The technique can be learnt relatively quickly and is a true investment in your own health.

If you’re considering self-employment like Richard, we run a series of free Self-Employment Discovery Workshops! Find out more via http://bit.ly/xfevents