From Law & Order and Engineering to Pulling Pints in the Pub of the Year! - X-Forces Enterprise

A desire for a change of career

from policing and motorsport engineering took partners Tom Richardson and Ollie Boulton on to a totally different path – one that led directly to the smallest pub in West Sussex pulling pints!

Tom had decided to become an entrepreneur after 15 years as a police officer. Joining forces with his partner Ollie, a motorsport engineer, they decided to save their local pub from closing down.  Tom now owns and runs The Three Moles in Selham with Ollie, having taken it over in May 2016.

Transitioning into business was not that easy. As Tom said, “We faced a few obstacles on the way – mainly financing, mixed with a lot of renovation work which was required due to years of neglect by the previous owners.”

They also had to find the right staff. “We currently don’t employ anyone full time, but rely on self -employed staff for occasional work. In a small village pub,  I can’t stress enough how important it is to find the right person – not only someone you trust to leave alone with your business,  but someone who is also liked by the regulars and will join in with everything going on. This is what makes a village pub – nothing worse than having someone who stands by, playing on their phone and not talking to the customers.” 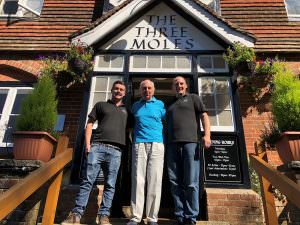 Tom and Ollie had the support of X-Forces Enterprise, which helped them to get the finance needed to purchase the lease for the pub and the initial renovation works. They also received excellent help and guidance during the initial stages whilst applying for funding – particularly with the business plan.

“Without their help we probably wouldn’t be where we are today.”
Since then, Tom and Ollie have come a long way. They both love a challenge, “It is a very full-on job, 7-days a week, 12-15 hours a day, but it is rewarding.  Our customers love all the changes and improvements we brought in – but we didn’t just rush in and do it.  We spoke to them all first.  We let them know our ideas and they gave us theirs. We then came up with a mix of all of them.

“Our hard work paid off – within the first seven month,  we turned the pub around from one that opened only a few hours a day, served no food and was losing money, to one that is open all the time, is busy all the time and very popular with locals and tourists alike. We have already been awarded our Cask Marque award for excellence in the quality of our real ales, our Masters certificate from St Austell Brewery for serving their ales to the highest possible standard, our Guinness Quality Accreditation for serving the best possible pint, our 5*Food Hygiene rating and best of all, we were voted as Pub of the Year 2017 by readers of the Observer newspaper series.”

They now also help others to excel in the industry by running the BIIAB ABCQ courses at the pub at competitive rates.

So what advice would Tom and Ollie give to other people thinking about becoming entrepreneurs?

“Researching the market and local demographics was key – we work hard to make sure we always provide the best quality beer – as a pub that has always been a real ale house and until recently, has never sold any food other than crisps, the quality of the beer is the number one priority.  We knew that food needed to be brought in to make the business viable, but getting the menu right was also important -we only offer traditional pub grub. Nothing fancy, nothing expensive, just basic pub grub – the locals love it – we are the only pub in the area that does that.

Both Tom and Ollie have solid plans for the future,

“We want to continue to grow in popularity to make sure the pub is always busy and attracting new and regular custom.   We are situated in a village that has only 26 residents so our reputation is very important to pull people in from surrounding areas.  We already have a fantastic relationship with our neighbours – the local farmer has already chosen us to host the dinners for his shoot during the quieter winter months.

“Unfortunately we are restricted in space (the pub is built into a cutout in a hill so without spending tens of thousands of pounds on excavation work, we can’t extend) but we have already branched out to other things – mobile bars, beer festivals and activities where we can do anything from supplying the stillage and cooling systems through to sourcing beers, providing glasses and staff and running a whole event. We are also now in the final stages of landscaping our beer garden – which had to be cut into the hill – and which should be open soon.” 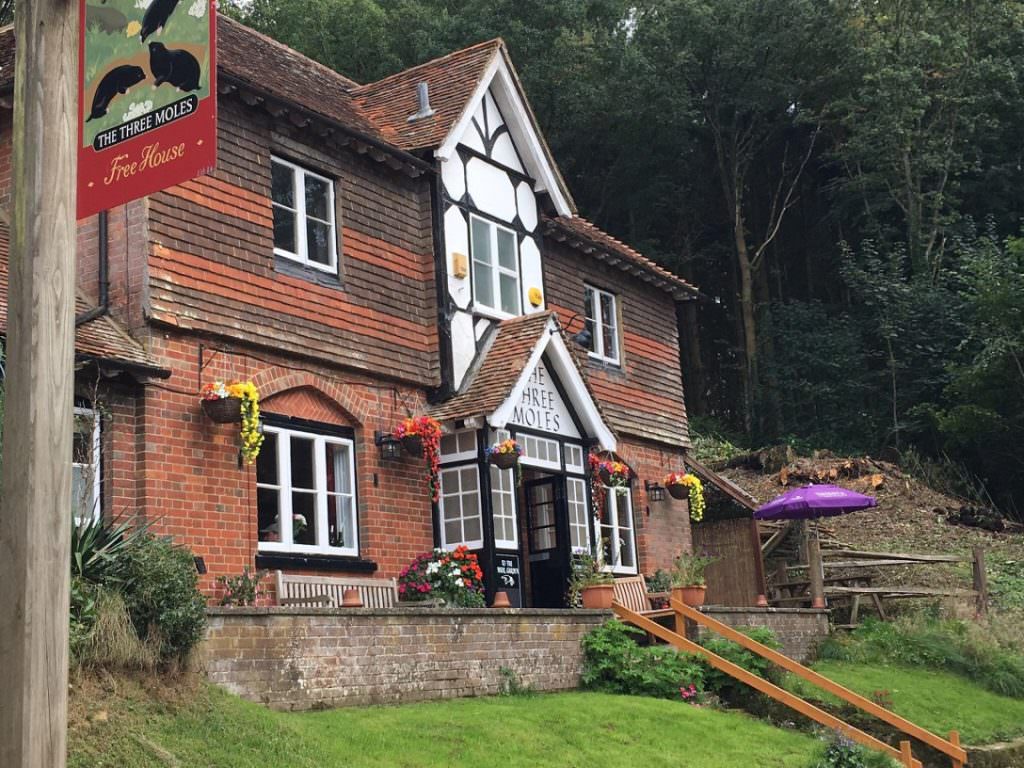 If you wish to drop by and share a pint with Tom and Ollie, The Three Moles Pub is in Selham, West Sussex, GU28 0PN or visit via the links below:

Find out more via http://bit.ly/xfevents