From Air Despatch to Airstream Events: meet Leeds’ house music mogul who is hitting the road

“Skilling the Nation Through the Armed Forces Community”

PJ Farr (31) recalls how he was fascinated by the Army’s ability to deploy to some of the most remote locations in the world and quickly maintain reliable and secure connectivity. When PJ left the Army he took this as inspiration for his business and, six years on, UK Connect has become the nation’s leading provider of communication solutions to the construction industry.

PJ first experienced Army life as a child, travelling with his father around the world to new postings. The Army was the natural career choice for PJ, he explains:

“I joined the 2nd Battalion ‘The Princess of Wales’s Royal Regiment’ (Tigers) after I was kindly asked to leave school early. It was my local regiment and had an amazing history, with huge opportunities. Coming from an army background it was obvious that this is what I would do; I also felt a sense of pride serving for my country with my friends who joined with me.

“I started my Army career in Catterick on the Combat Infantryman course before being posted to Cyprus for just under 2 years as part of the TRB.  I then moved to London where I was very involved in the London 2012 Olympics before being part of the royal wedding, which was a fantastic day and an honour.”

At the age of 25, PJ decided that a full time career with the Army wasn’t for him and it was time to take what he’d learned and try his hand in the civilian workplace.  PJ admitted to struggling to settle in employed roles, and building on his communication skills acquired in the Army he spotted a potential market within the construction industry where there was a real struggle to provide first class communications services on sites.   As PJ  recalls:

“Business was something I had always wanted to do and the opportunity arose after struggling to make the best use of my transferable skills within civilian job roles.  I set up the business – originally named Countrywide Telecoms – to provide communication services to the construction industry.  For the first time, building sites could launch with full broadband and phone services in under 10 days using our innovative product offerings.” 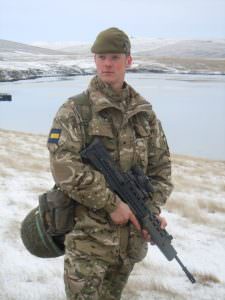 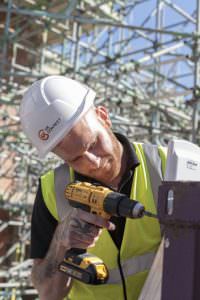 PJ was one of the first entrepreneurs that X-Forces Enterprise (XFE) supported. He started the business with just £1,100 in the bank, but thanks to a Start Up Loan facilitated by XFE to buy a van and tools, PJ began trading in January 2013.  The business gained traction rapidly with some of the UK’s largest housebuilders – such as Barratt Homes and Taylor Wimpey. UK Connect is now a multi-million pound business that, in 2019, employs 25 people and is growing continuously, deploying communication solutions to hundreds of construction sites across the UK every month.

PJ prides himself on supporting the veteran community; UK Connect is a member of the Armed Forces Covenant and has employed many veterans in the past and continues to do so today.

XFE has advised and mentored PJ since the company’s launch thanks to a scheme supported by the Start Up Loans Company and The Royal British Legion.  Through XFE’s ‘Big Business Supporting Small Business’ scheme, UK Connect was introduced to Scott Gardener, CEO at Cisco, as a corporate mentor and partner which has developed into a mutually positive relationship.  PJ recounts his experiences:

“Having the support of X-Forces has been fantastic. UK Connect was one of the first companies to be supported, so hand-in-hand we have been on a similar journey of growth. The main thing that X-Forces did for me was give me the first big push to get going and help me to identify a support network I could lean on.  XFE’s mentoring has been incredibly valuable.  I felt they understood my needs better than a ‘civvy’ organisation and helped me to apply the transferable skills from my time in the military.

“I found setting the business up to be fairly simple but running the business to be a different thing all together.  I had to get my head around VAT, Corporation tax and all the other elements you’re not aware of.  In the beginning, I found myself working in the business a lot and not on the business. Being aware of this and channelling my time and efforts has made a real difference to growth.”

UK Connect currently looks after thousands of construction sites across the UK with its flagship super-fast broadband service.  It was this exceptional growth that attracted the attention of the London Stock Exchange Group in 2018.  PJ was invited to join their Elite Programme, through which he receives coaching and support to nurture his business’s potential towards listing on the exchange. UK Connect was recognised by the Soldiering On Awards, winning the Business of the Year – Scale Up Award 2019.

Maximising these platforms and introductions, UK Connect has been collaborating with the London Stock Exchange Group and Cisco to develop pioneering, innovative technologies for the construction industry, improving sustainability and productivity. 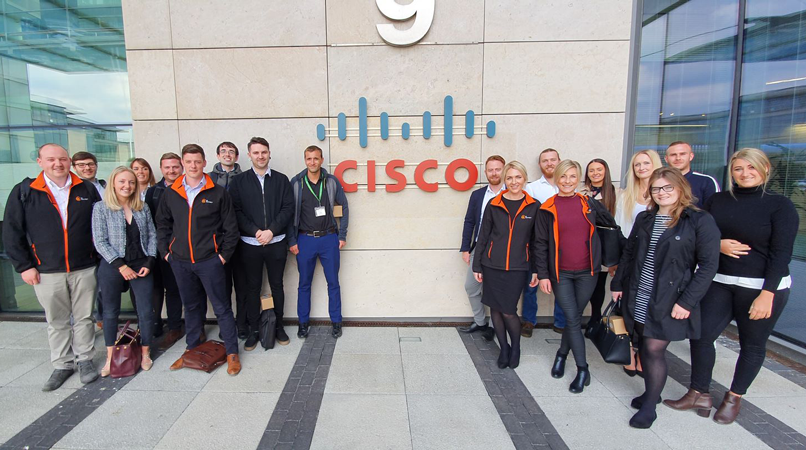 PJ enjoys family life in Guildford, with his wife Zoey, and son Alfie. Upon meeting PJ, his energy and drive is abundantly obvious, and it is no surprise that his business has been a success.  PJ explains that his ambition doesn’t rest here:

“Running a successful business and spending time with my family is something I could only have dreamed of. I’m now looking at launching my next business using the skills I have learnt from UK Connect.

“As a former solider, I bump into people all the time who didn’t join the Army but tell me they wish they had. When I ask them why, the answer may be different each time but its normally down to just one thing: fear of the unknown and being out of their comfort zone. The same thing can be said about running a business.

“In the military, we can draw confidence from the fact that we have experienced greater challenges and risk in the past.  I would advise that, if you really do want to own a business, then go for it but don’t do it alone. Ask for help as there is a lot of it out there.” 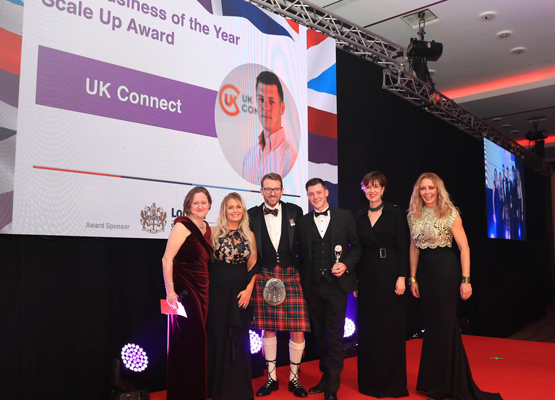 “One word comes to mind immediately when I’m asked about PJ: energy.  He positively buzzes with energy for business and progress, it’s infectious.

“He is absolutely right when he says we’ve been on a journey together; PJ was one of the first ex-military entrepreneurs that came to us when I started X-Forces back in 2012.  I was struck by his focus, determination and straight-talking, which we know is characteristic across our 1500 beneficiaries, and I am certain that this pragmatic approach is at the heart of PJ’s success.

“At XFE, we have worked incredibly hard to build a supportive network around our entrepreneurs, from big business, government and charity.  PJ has fully embraced our mentoring programme and the opportunities within this wide-reaching network to support UK Connect’s growth.  The power of networking is recognised in business, and we are delighted to enable big doors to open, facilitating positive introductions and profile-raising platforms for energetic entrepreneurs such as PJ.”

Find out more at: 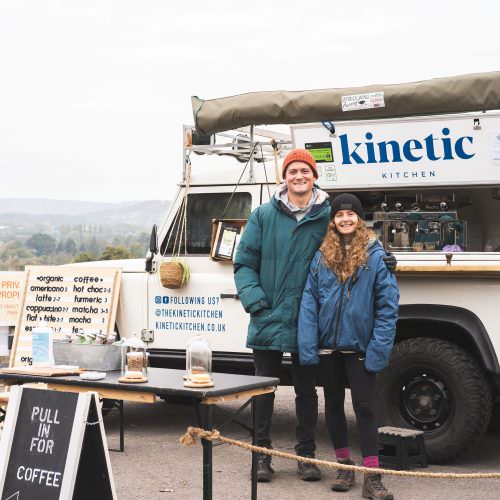 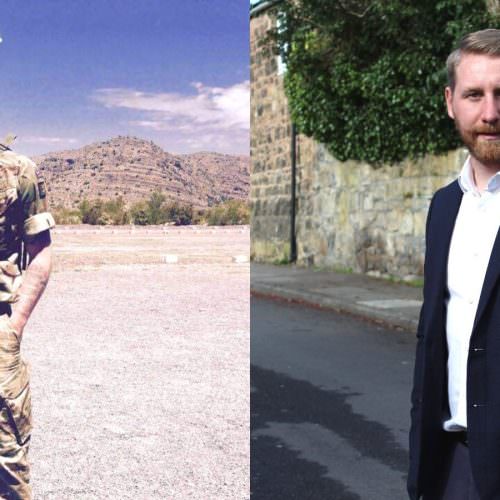