From Dealing with Military Intelligence To Understanding Human Performance

How to set up a Graphic Design Consultancy?

After 22 years’ service as a Royal Air Force Avionics Engineer, 43-year old Scott Keegan from South Derbyshire decided it was time to put aside his uniform and focus on being a full-time father for his growing family.

His years of service saw him on tour in Afghanistan along with several deployments to Cyprus, Poland, Germany and America. He spent over a decade working on the Harrier Jump Jet and even managed to land himself a position on the Harrier Display team in 2006. This all fulfilled a childhood dream, but it was already in his blood, as his father and brother had both served in the Royal Air Force.

In 2014, he was getting close to receiving a promotion which could have meant moving up North to Scotland. This was not an ideal situation for his family at that time, and he decided to leave the Air Force. Since leaving, he has held the positions of Lead Auditor for a major compliance organisation and a SHEQ Manager for a roofing contractor before setting up KestrelQAS Limited. 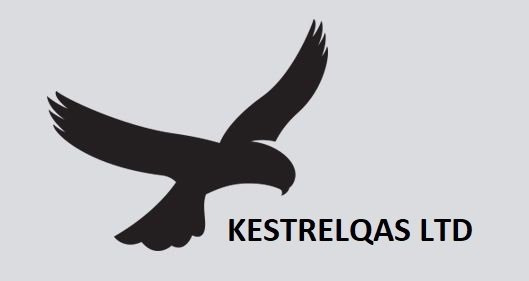 KestrelQAS provides businesses with a one-stop solution for its health, safety and quality assurance needs. In the latter years of his career, Scott focused heavily on Quality Assurance, Health and Safety and Continuous Improvement. So when he started KestrelQAS, his military skill set was easily transferable.

Being an entrepreneur suited him. “I wanted to have more control over what I did, when I did it and who I did it for. I did not want to be tied to a job with a 9-to-5 routine. I now have the flexibility and the freedom. There is far more diversity.”

Scott approached XFE for support and we have helped him with marketing and social networking.

Venturing into business was no bed of roses.  As Scott explained, “Initially, you find yourself with that niggling anxiety of not knowing when or whether there will be clients.  You have to trust yourself and your support network – with that base behind you; you can do it, as long as you put the effort in.”

He continued, “The path I’ve taken, moving from the military to compliance auditing then to working with a leading roofing contractor – was a natural progression. It provided an insight to what civilian life was like. And I did question whether this path was right for me. There was apprehension, the dreaded, “what if”.  But we made it work for us, and now, my last employer was one of my very first clients.”

What advice would Scott give to other people thinking about becoming an entrepreneur?

Stick to your guns and have the courage and conviction. We carry out our military role for so many years, it becomes second nature. Military service makes us more rounded as people – we are more disciplined and it helped make me who I am today. I freely admit that I am quite picky, meticulous, with an eye for detail which made auditing perfect for me. Everybody in the military develops a vast tool kit of experience and they must never ever be afraid of using it in their civilian life. Provided you have the financial backing, don’t just think about it, do it.

You can get in touch with Scott via the following links:

If like Scott you too are considering self-employment, we run a series of free Self-Employment Discovery Workshops! Find out more via http://bit.ly/xfevents