Houses of Parliament Celebration for Soldiering On Awards Finalists 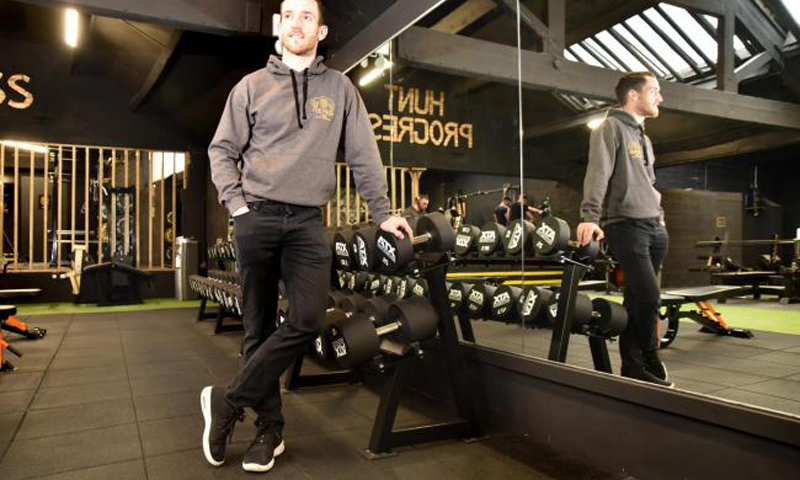 After four tours of Afghanistan, becoming a father gave Ex-RAF Engineer Terry Holt a new perspective on his career, and he set about scratching the itch of starting a fitness business to be proud of.

Terry joined the RAF in 2003 at 16 after leaving school and drifting between jobs. A careers fair ignited his interest in the Forces and he subsequently joined the RAF as a CIS Electronics Technician. Following Halton basic training and Trade Training at RAF Cosford, Terry had been posted to RAF Waddington,  RAF Akrotiri, RAF Wittering and DISC Chicksands over his 11 year career. During this time he completed four tours of Afghanistan in a variety of tri-service roles.

“I was due to redeploy to Afghanistan within a year of completing a tour and my wife fell pregnant. I made the call to leave and not spend time away from my family, and trust my instincts basically.”

It was during his time in the RAF that Terry, 32, from Bradford, developed a passion for fitness, which he was able to take more seriously upon leaving.  Alongside competing in bodybuilding, Terry set about planning his own gym.

“It’s always been an itch I wanted to scratch. I’ve trained throughout my career and took it more seriously on leaving the Forces to keep me focused. This led to me competing in natural bodybuilding and taking my interest further. One thing led to another and I found out about X-Forces who gave me the guidance needed to make the idea a reality.”

Investing for the future

Making significant investment into the building and equipment, Terry has transformed an empty former industrial unit in Low Moor, south of Bradford, into a state of the art fitness facility.  With a Start Up Loan, facilitated by X-Forces Enterprise (XFE), Terry’s set-up includes weightlifting, powerlifting, a ladies-only room and a spin and class studio.

The gym also includes a retail area stocking workout food and products, and Terry has created three jobs at The Pride Gym.

When asked what advice he would give to others thinking about becoming an entrepreneur, Terry was ready to share all he’s learned.

“The four elements that have been core to my journey are research, self-belief, persistence and productivity.

“Research: I heavily researched all the demographics, set up costs, scenarios etc on setting the gym up. Down to the point of calculating how much water we could use from showers and toilets to estimate water bills! This gives you a sound footing and assurance in putting the plans into action.

“Self- Belief: I’m not the best bodybuilder nor do I look like one. But it doesn’t mean I can’t open a gym if it’s something I want to do and believe I can. You don’t have to be an artist to open a gallery!

“Persistence: Keep going. It’s often one step forward and two steps back. See each step as a challenge and an enabler for the big event.

“Productivity: If you want something so bad, use your time wisely. Target set items to complete in a day and make sure you keep everyone around you happy too. This wouldn’t have happened without my wife and her support but at the same time if we didn’t make family time or prioritise the kids, I doubt I would have got that support.” 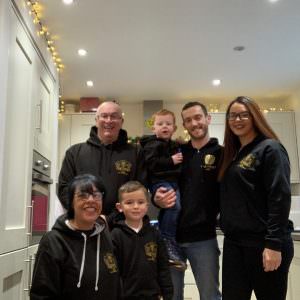 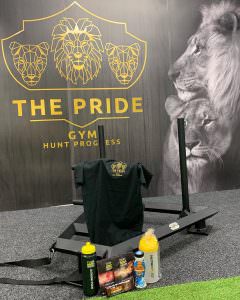 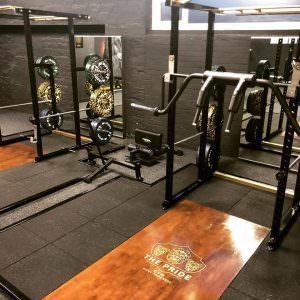 Like all new businesses, Terry has faced challenges on the path to launching The Pride Gym, and found value in the support on offer.

“Since starting, keeping on top of budgets is a challenge and unforeseen costs will always occur such as higher bills, staff issues and additional security.

“X-Forces gave me the templates to write my Business Plan, helped guide me through the process in gaining funding and constructive advice on research.  Having their business advisor as a sounding board has been really valuable in this process.”

“The new business that Terry Holt has built is extremely impressive, grown from his passion.  Not only is The Pride Gym rooted in solid fitness knowledge, Terry has understood the pivotal role that funding can play to position your new product or service when entering a competitive market.  The Pride Gym is already receiving great customer feedback, which can only increase as the facility becomes established, and we wish Terry the greatest success.”