Meet the man behind the charity changing veterans’ lives

Steve Witchwood-Green from Castle Cary, Somerset has built on his experience in aviation to launch his first business in a growth industry.

Steve (58) has almost twenty years of commercial aviation experience as a Licensed FAA Flight Dispatcher and Instructor. Having worked with the world’s leading Airlines, planning complex missions all over the world, Steve recognised that unmanned aerial vehicles (UAVs) were at the forefront of the next chapter in aviation.

His business, Hawkeye Aero, is fully accredited and licensed by the Civil Aviation Authority (CAA). The company holds a PfCO (Permission for Commercial Operations) and Steve is looking into getting his FAA UAV licence that would enable the company to operate in most countries around the world.  As an approved operator, he is proud to be a member of the DroneSafe register (which recently featured on Dragons Den).

Hawkeye Aero offers aerial photography and videography for surveying land and property, as well as search and rescue applications. With state-of-the-art equipment, Steve can capture footage of hard to reach locations within a fraction of the time, and with considerably less impact than traditional surveying methods. 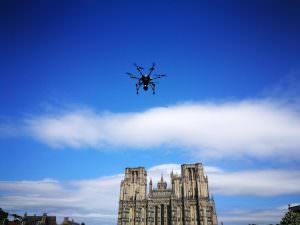 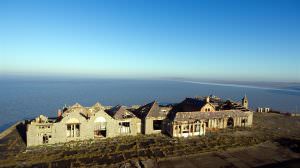 Steve has positioned his new business in a rapidly growing new industry.  Drone technology is being applied to make processes more efficient, being hailed as a game-changer for agriculture, construction, and real estate industries. According to research by PwC, Drone technology has the potential to increase UK GDP by £42 billion (or 2%) by 2030.

Steve grasped this opportunity to be one of the first to deliver drone hire services in his region.  Having registered with X-Forces Enterprise (XFE) early in his planning process, Steve was able to access the free guidance in business planning and company registration, plus assistance in securing a Start Up Loan, which was crucial to being able to launch in 2016.

When asked about his experience as a business owner so far, Steve replied:

“Getting suitable clients has been a challenge.  It’s an emerging market so my target customers are only just beginning to comprehend the benefits of using drones.  Patience and perseverance are key at this stage of a new business.

“Dax Gearing and the team at X-Forces have helped me through every step of the way.   Now I’ve established a client base in property surveying, I’m looking to move into Agribusiness and how drones can help farmers improve their crop efficiencies.”

Steve joined the Army at 16, a decision he suggested was made with parental pressure.  Following Apprentices College, Steve was posted to Germany, Hameln and the Kings Troop RHA where he decided to leave the Armed Forces after eight years.   Choosing a second career in the aviation industry proved to be fruitful, gathering knowledge and experience that laid the foundations for his new business.

“I was sick and tired of being subservient to employers.  Now I’m in control and can pick and choose who I want to work with.” 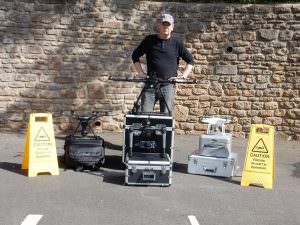 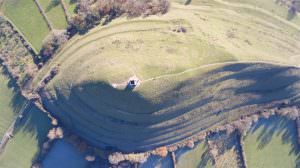 “Deciding to launch a business in an emerging market is not for the feint hearted.  Courage is a prerequisite for all entrepreneurs, but more so when you’re blazing a trail into unproven territory.  What’s impressive about Steve is that he has applied the decades of knowledge he accrued in the aviation industry – and likely the focus from his formative years in the military – into a solid and considered business plan, seizing the opportunities presented by such game-changing new technology.”