The Young Entrepreneur who is Taking Skincare Back to Basics

Fat Penguin Improv is an improvised comedy school, delivering workshops and shows at several venues across Birmingham, primarily at the Patrick Kavanagh Pub in Moseley.  It first opened to the public in Dec 2015, set up by former soldier Ben Hall when he left the Armed Forces after 16 years.

In the Army, Ben Hall was a Combat Medic then became a Psychiatric Nurse.  It was in those roles that Ben realised he wanted to make people happy without medication.

“There is truth in comedy.  Every time you laugh is an opportunity to learn something about yourself, plus laughing literally changes your body chemistry which changes your cognitive processes. We evolved to laugh, not take medication.”

Ben states his mission in Fat Penguin Improv is to unlock individual creativity, build opportunity for growth and connect communities with a love of comedy.

“Public speaking is rated as being more terrifying than skydiving and I help people to first overcome that fear, find their voice, learn to enjoy it and then share their message. I have the best job in the world.”

Alongside his Army career, Ben trained and performed in Birmingham, London and Chicago with some of the best performers and teachers in the world. He calls himself a ‘massive Improv geek’ and loves discussing Improv wherever he goes. He has trained and performed in Stand up and Clown styles which, as artistic director, he integrates into his own performance and the Fat Penguin syllabus. He loves comedy and flies the comedy flag high and proud, making every effort to integrate and compete with the existing comedy community in Birmingham and across the UK.

Ben admits there were obstacles in setting up his business.

“I faced many challenges getting started. I was very disciplined but also very institutionalized by the Army and had no idea how to be independent.”

Being personally responsible is a new concept for Ben, after the Army, but one he relishes.

“If it goes well, it is because of my vision and my hard work.  If it goes badly, the same applies of course.” 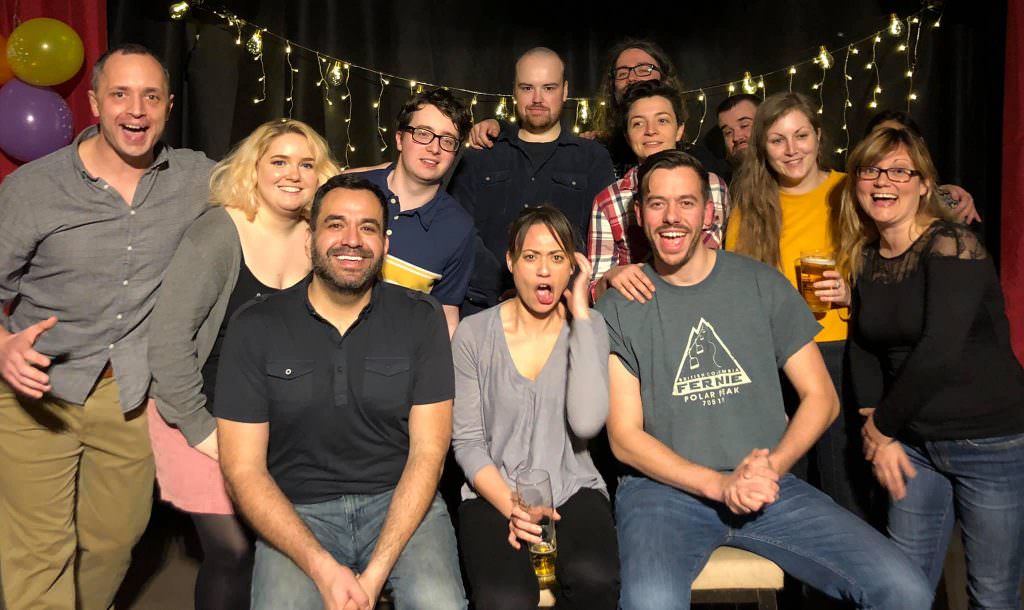 Now in its third year, Fat Penguin Improv has achieved its initial aim to set up shows and generate income from workshops.  Ben is currently working on developing the business with automated booking systems and he has big plans to expand the business into online shows, podcasts and corporate activities.

“Eventually I’d like to open our own venue as well as tour our shows.  One day we could see a Fat Penguin published book and training academy too; that’s how far I think this concept could extend.”

Ben attended a week-long start-up course with X-Forces Enterprise through the Career Transition Partnership in November 2015.

“Through X-Forces, I grasped the business planning and admin concepts quickly, and they’ve been there for me with practical support in areas like tax, which I knew nothing about.  X-Forces were really helpful in starting me off on this journey.” 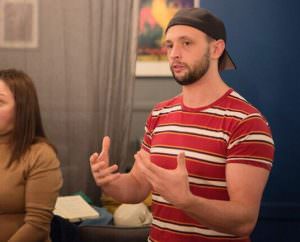 When asked for the advice he’d offer to others thinking of embarking on business, Ben fully grasped the opportunity to share what he’s learned, with a touch of comedy.  Here are his seven tips:

X-Forces Enterprise (XFE)
Is an award-winning Community Interest Company that nurtures entrepreneurial ambition in the UK military community and are the official delivery partner to the government’s Start Up Loans Company and Career Transition Partnership (MoD). XFE has supported over 1,350 entrepreneurs to start their own businesses and has helped thousands more through training, events and mentoring provisions. X-Forces.com