A Force For Business – Service Leavers and Small Business

Being diagnosed with a visual impairment in his 50s didn’t hold John Bennett back from pursuing a dream to share the stories passed down through his family about a beloved imaginary character, Mr Picklenose.

John Bennett served in the British Army for ten years, as a special telegraphist in the Royal Signals, deploying to Germany, Northern Ireland and the Falklands.  After leaving the Armed Forces, John joined for GCHQ as a radio officer for 14 years and thereafter worked in the private sector as an information security consultant providing security solutions to both private and public organisations.

In 2016, at 56 years old, John was diagnosed with a rare neurological condition which left him severely sight impaired and led to early retirement. With encouragement from family, and support from the charity Blind Veterans UK, John decided to take the opportunity to turn the stories told to him in childhood by his late father into a series of children’s books called ‘Tales of Mr Pinklenose’. 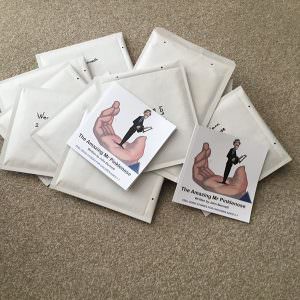 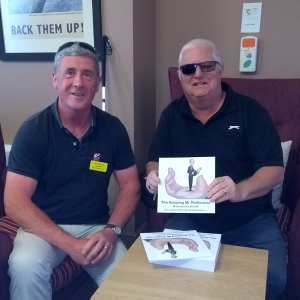 Summarised as ‘feel good stories for children aged 2-7’, the protagonist is an imaginary and magical character, only 6 inches high, called Mr Pinklenose who works for Father Christmas.  John explains:

“The story of Mr Pinklenose began with my late father who created this character and whose stories he told to my sister, my brother and I when we were young children. There were no pictures or drawings of this magical and endearing little man. There were no cartoons or written stories; just us children using our imaginations to picture the happenings.

“Later, as we had our own children, my Dad kept Mr Pinklenose alive by telling such stories to his grandchildren – more of us now imagining what he looked like, not to mention the fairies he was responsible for! After his passing, I kept his legacy going by telling his stories to my children and later my grandchildren and, when I had to take early retirement due to ill health, I decided that I wanted to share these stories with everyone else – not least to give my children and grandchildren something tangible to remember me by.

“I hope that those who have chosen to try the first Mr Pinklenose adventure will appreciate that this has been a journey of 54 years from first telling to becoming a colourful, picture story book. This is just the start of the adventure!”

The Mr Pinklenose stories told by John’s father always had a moral message and encouraged imagination in young children, with folkloric settings that include fairies and elves. 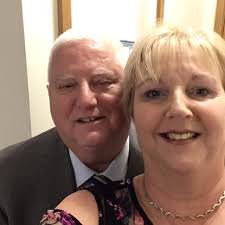 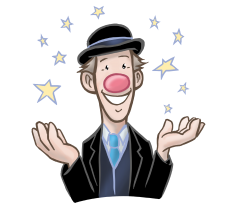 John is married to Lizzie and lives in Shrewsbury, Shropshire where he is often visited by his children and grandchildren and all of whom are excited about John’s new venture as an author.  John said:

“My physical condition makes working outside of home very challenging, not just blindness.  Therefore it is vital that I work when I am able – being a children’s author is well suited to me.  If the first book sells well, I will look at expanding into e-books and/or other suitable media material.”

In 2018, John enrolled on the 4-day Business Experience course, a bespoke programme run by X-Forces Enterprise (XFE) for the charity Blind Veterans UK.  Building on the course learnings, John has been supported by an appointed XFE Business Adviser to assist with business planning and administration.

Having chosen the self-publishing route, in May 2019 John’s first book titled ‘Amazing Mr Pinklenose’ was printed and shipped to pre-order customers.  The book is sold through his website and his next title, ‘Mr Pinklenose and the Lost Kitten’, is in editing and John hopes to print it within the year.

“Having X-Forces and Blind Veterans behind me has given me the confidence to try publishing, regardless of whether it is a success or not.  X-Forces provided motivational and practical advice and I always find the team to be very approachable and helpful.” 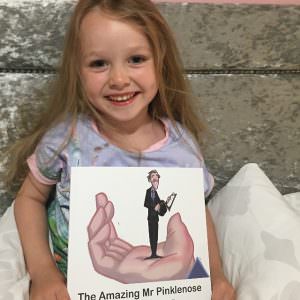 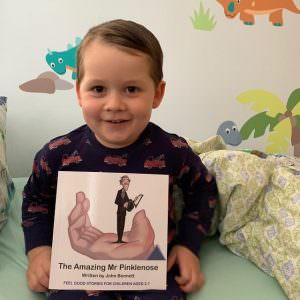 “The word enterprise originates in the latin verb ‘prendere’ meaning ‘to take’, which is entirely suitable for business, being about taking opportunities.  John’s is a heartwarming family story.  A passing down of an imaginary character between generations, which John has been able to turn into a business. He has certainly grabbed this opportunity.

“His visual impairment hasn’t held him back from pursuing his aim to self-publish his first book, a dream so many fail to realise.  At XFE, we are delighted to have played a hand to help John to share the fictional Mr Pinklenose beyond his family for the first time. I’m looking forward to reading many of these stories to my own grandchildren.”

“This is a marvellous story of partnership working to make a dream come true.  Losing his sight in his 50’s was not part of John’s life plan and can lead to the depths of despair.  Yet with rehabilitation support from Blind Veterans UK, specialist business support from XFE and with his remarkable vision and personal drive, John has made that dream come true.  And he will be inspiring countless children, parents and even grand-parents through his work.  It is simply wonderful.”